League of Legends might have a ‘World Cup’ event, confirmed by Riot Games CEO 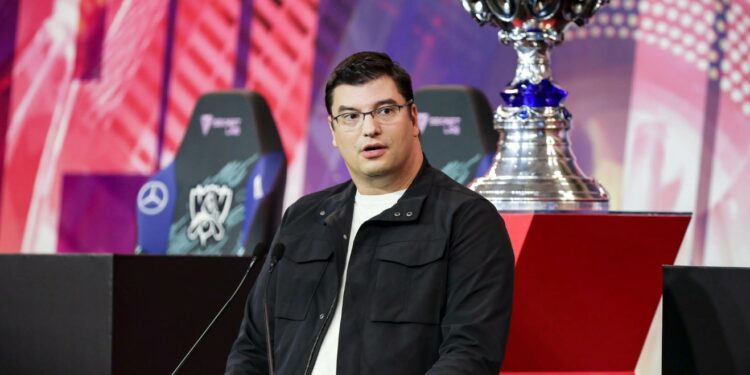 According to Riot Games CEO Nicolo Laurent, a new international event similar to the League of Legends World Cup, where teams are formed based on their national origin, might be in the works.

Laurent discussed the future of League of Legends international events in an interview with the French sports daily “L’Equipe.” He stated in the interview that Riot is in talks with the International Olympic Committee about organizing an international tournament in France in 2024.

A League of Legends World Cup might happen in the future

Fans have been screaming for additional opportunities to see players from other leagues compete, with the Mid-Season Invitational and the World Championship being the only two international tournaments throughout the year.

The teams that participated in international tournaments had previously been disclosed, but Laurent expressly mentioned that Riot Games was interested in hosting an event in which players would represent their countries rather than the team that they play in.

This World Cup-style tournament might even be linked to the 2024 France Olympics, as Laurent stated that Riot Games is in talks with the International Olympic Committee. This would be a perfect chance for League of Legends to pave the road for an official bridge between the Olympics and Riot Games, while the details of the conversations are uncertain and have yet to come to an agreement.

For the time being, the potential is something that many fans are setting. A League of Legends World Cup would pit never-before-seen professional lineups against each other on the game’s grandest arena.