League of Legends: You will be bitten by a Elder Dragon and Aery to death if you buy the Death’s Dance 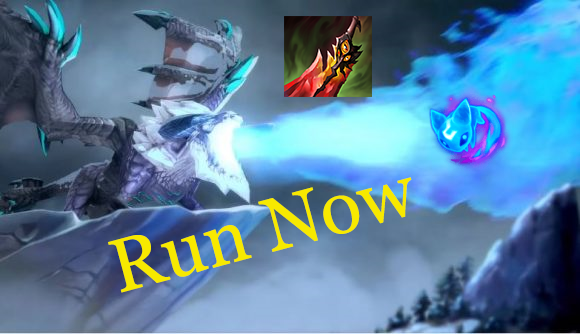 Firstly, we recall the inner strength of Aery, Elemental Dragon as well as the Death’s Dance – the items that was equipped with anti-shock dame and replenished healing for juggernaut like Riven, Aatrox, Jax, etc.

Stores 30% of all physical and magic damage received, and is taken as damage over time true damage instead, dealing one-third of the stored damage every second.

Passive of Aery: clinging to the target when the owner deals damage to the enemy.

Elder Dragon: Deals bonus damage in the form of scorching. Just like that if the target is still low, it will follow the opponent and summon the Elder Dragon to defeat the enemy immediately.

These three things combine to make a Juggernaut champion, if equipped, will create a cycle of burning that champion’s blood until he is defeated.

You can watch the video below to see this interesting but no less unbalanced interaction.

Through the video above we can see that even just Soraka, but has the ability to burn blood continuously no less than a magician with the Elder Dragon’s buff.

This is a long-standing game bug. Although Riot has announced that they have fixed it, it seems the bug has returned. Hopefully Riot Games will fix that before officially enter season 10.