League Patch 11.13 might make Mages the best class in the game 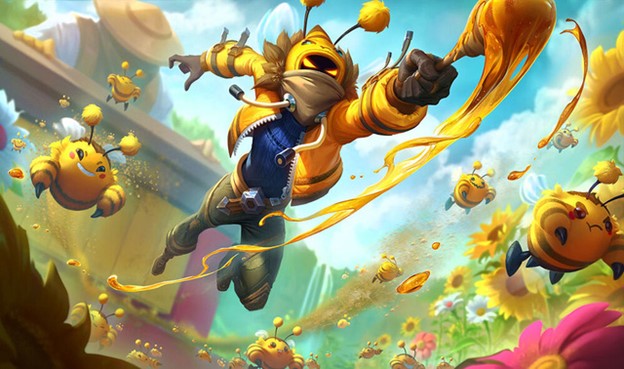 Many Mages will benefit greatly from the newest gold reduce of Mythic items in League Patch 11.13.

The reduce price for Mages Mythic items will certainly bring this class back into their dominance place in the Rift.

For most League of Legends mid players, Mages have never been the favorite class for the position for quite a long time, with the sole exception of professional matches in which they dominate. For so long, Mid lane has become the house of Assassins like Katarina, Zed, Talon, and Roamers such as Galio, Pantheon, TF.

The reason behind this dilemma is that Mages require too many items to actually become useful in combats, while in SoloQ, games usually flow with fast pace and nonstop combats, which made the class tend to become more passively in both trading and early fights, thus giving away many early advantages that can lead to huge snowball at mid-game.

The aforementioned disadvantage, however, will nearly disappear in the next League Patch 11.13, when Riot simultaneously decreases the price of every Mythic item for Mage. The recipe prices for three items, Liandry’s Anguish, Luden Tempest, and Everfrost, will all be lowered by 200 gold. This can be considered as a turning point in League Patch 11.13, allowing the Mage champions to become immensely more of a viable pick in soloQ.

What makes Mages stand out from other classes is how excellent they can perform in team fights and the lack of efficient ways to counter them as well. Assassins, for example, while being one of the most dominant forces in the mid-lane, can be countered by buying defensive items, using defensive runes, or even summoner spells such as Exhaust to lower their damage, Barrier or Heal can be used to survive better from their engagements. However, there are almost no viable ways to actually counter a Mage who know exactly what they are doing in a team fight.

Azir, Orianna, or even Syndra are all champions that have a high consistent pick rate in professional matches. Besides the amount of damage they can safely deal from a distance, they also provide the team extremely strong crowd control abilities and the potential to turn an entire fight around. If you get R by either Azir or Orianna or R+E by Syndra, there is no such response in those situations in comparison to what you can do against an Assassin that is running straight to you.

The lowering cost of Mythic items in League Patch 11.13 will provide Mages earlier pressure than they used to have in the past. They can now play both more actively or reactively against early invasions, roams, or ganks and take part in important combats much earlier, which help them secure objectives, helping their teammates more frequently, and prevent the enemies from snowballing the game too easily. While their power comes slower, it progresses rapidly over time, unlike Assassins – whose power can be much more restricted at the later stages of a match.

Among the Mythic items that benefit from the changes in League Patch 11.13, Everforst is the one that receives less effect since it already has a really cheap price in comparison to two other counterparts. Liandry’s Anguish, Luden Tempest will benefit more from this price change and we might see champions who benefit from them rise again in this League Patch 11.13 update.