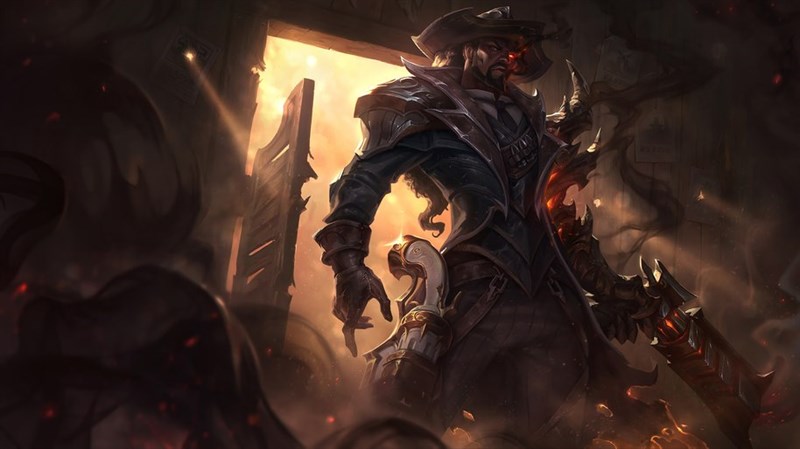 Many of the League’s most significant champions are getting modified in League Patch 11.17.

Patch 11.17 of League of Legends targets a wide spectrum of champions, with adjustments mostly focusing on the solo queue because no professional games will be played on the patch.

This timeframe for relatively low-stakes modifications in League Patch 11.17 allows the development team to test reworks to certain champions at a fundamental level. Along with Akshan and Viego, Amumu’s kit is being tweaked to make him more playable at higher elos, Lucian is being put back into the bottom lane, and Gangplank is getting a lot more liberties and combo potential with his barrels.

Amumu is one of the game’s oldest champions. Certain basic features of his kit, like many others, introduced early in the game’s lifespan, have kept him trapped within lower elos. With five and 0.3 fewer of each every level, his base durability numbers of health and armor are taking a hit and losing a lot of scaling potential. The Sad Mummy’s Q, Bandage Toss, is about to undergo the most significant modification. It now stores two charges on a 16-second early cooldown and a 14-second late cooldown for a new charge. The cooldown for the ability is a flat three seconds.

His W, Despair, gains four base damage per second at each rank but loses some scaling, while his ultimate, Curse of the Sad Mummy, now has a stun duration of 1.5 seconds across all tiers rather than scaling up by 0.25 seconds at each rank in League Patch 11.17.

For the most part, Lucian has been a single-lane counter pick. At the highest level, his intended position in the bottom lane has seen less play than even his top lane flex. Riot hopes to remedy that in League Patch 11.17 with certain synergistic improvements that can only be fully developed while laning with an ally.

His base AD decreases from 64 to 62, but his passive receives a massive buff that allows his next two basic strikes to deliver extra magical damage that hits increasingly harder as the game progresses if he is buffed by an ally. Lucian may now store up to four maximum Auto stacks instead of two. Another bot-lane-friendly update is to his W, Ardent Blaze, which now speeds up teammates (rather than just Lucian) when they proc the mark on opponents. Finally, his ultimate loses basic damage but compensates by uncapping the number of bullets it fires and scaling with Critical Strike Chance in League Patch 11.17.

Gangplank is another meta mainstay these days, but Riot thought he needed to adapt as well. His Q active presently have on-hit effects, but it will henceforth be categorized as a ranged basic attack. Many items differ in their effects between the two, thus this disparity may cause his build path to shift in League Patch 11.17.

The extra movement speed provided by his passive is no longer a flat 30%, but is instead reduced to 15% at level one before scaling back up to its full amount at level 18. Finally, Gangplank’s E, Powder Keg, lets him to hold four barrels at rankings three and four, and five barrels at rank five. The barrels now have Critical Strike at 125 percent effectiveness, and the recharge cooldown has been reduced by four at max rank.

Akshan is another champion to receive massive changes in League Patch 11.17, particularly his reviving ability from W’s passive. When an opponent champion kills one of Akshan’s friends, his passive on his Going Rogue ability triggers, marking them as Scoundrels. When Akshan defeats a Scoundrel, he receives extra money, any friends slain by the Scoundrel are instantly resurrected at their fountain, and all other opponents’ Scoundrel status is erased.

The damage on his Heroic Swing ability is also being adjusted, with the devs decreasing its base damage at higher levels while boosting its bonus attack damage from 10.5 percent to 17.5. This patch will also address an issue that causes Heroic Swing to stop on towers, as well as flaws relating to his Dirty Fighting passive and his ultimate ability, Comeuppance.

In addition, Comeuppance’s cooldown when interrupted by opponent crowd control or untargetability has been reduced from 15 seconds to five seconds. As a result, if the opposing side is able to halt you mid-animation, this mechanic is less punishing.

According to the game’s official patch schedule, League Patch 11.17 will be available on August 25.