League Patch 11.17 will raise both minimal and optimal system requirements for the game 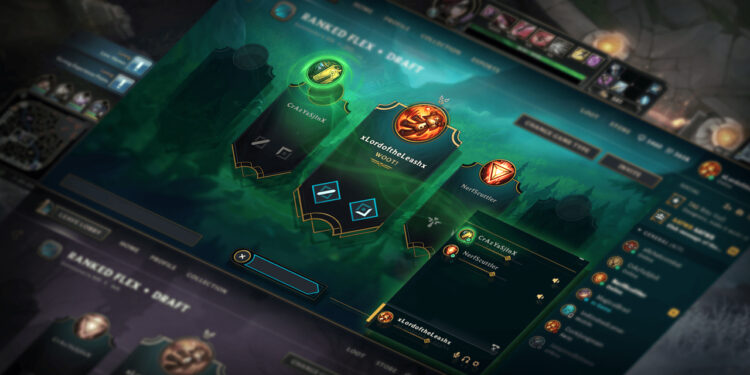 The system requirements will be higher since League Patch 11.17 for future graphic developments in the game.

Remember to change your settings in the upcoming League Patch 11.17.

One of the reasons that take part in the worldwide phenomenon that League of Legends had created today, besides its popularity, unique gameplay, and great marketing is thanks to its system requirements that have been kept at minimal to attract more players throughout the years.

However, the low standard in system requirements has also become another barrier for Riot in their recent cosmetic and gameplay release as some of them are regarded as “low-cost” or “lazy” products. Both K/DA ALL OUT Seraphine and Gun Goddess Miss Fortune, despite being Ultimate-tier skins, are considered widely as lesser quality products, especially when being put together with Elementalist Lux or Spirit Guard Urdyr.

Therefore, the upcoming system requirements change in League Patch 11.17 is hoped to be a step that Riot is trying to make to feature better cosmetic and gameplay design in the future, as well as even more VFX rework for older champions.

Earlier this week, a Reddit user has also predicted that the system changes implement in League Patch 11.17 will also have something to do with the release of Vex – The Gloomy Yordle in the game. Moreover, Vex has been confirmed earlier by Riot Games to have many new VFX and mechanic that is currently unable to function correctly in the game.

This isn’t so much about Vex specifically as it is that in general we do want to give our art and dev teams space to do things like they’re doing with Vex.

We are very, very conservative about changing our minspec, because we want to make sure that as many players as possible around the world are able to play League. In many regions, players are far more likely to be playing on older hardware than they are in NA or EU (where most redditors are).

Before we change the minspec, we look very closely at the number of players worldwide that will be affected, and for the most part, we won’t adjust it until that number is very small. Even then, we balance that against the benefits we’ll be able to deliver to all of our players by giving our artists more capabilities.

The only real exception to this would be if third parties (e.g. OSX, Windows) drop support or change requirements for things that we don’t have control over. Even then, those parties usually aren’t dropping support until the number of affected users is very small

The most notable change in the system requirements starting from League Patch 11.17 is the increase in suggested VRAM from 512 MB to 2GB, requiring players to have four times the amount of VRAM as previously.

As can be noticed, after getting stoned repeatedly for producing expensive skins in the “low-budget” manner, and specifically the introduction of the upcoming champion Vex. Riot, on the other hand, has chosen to make a modification to both increases the quality of the user experience and be more comfortable with the design of champions and cosmetics. If players continue to install the game in the previous configuration, they will be compelled to adjust to enjoy the optimal gaming experience and avoid any problems.

According to League’s official patch schedule, League Patch 11.17 will be released on Wednesday, 31st Match 2021.