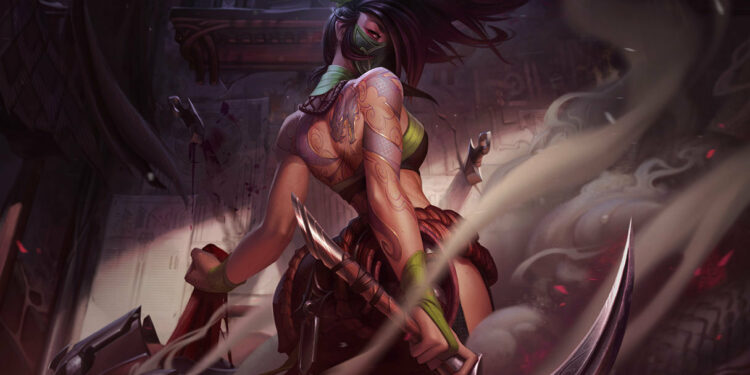 Who’s said Riot is only focusing on nerfing Akali?

While Riot last week previewed the tweaks for systematic healing and Xin Zhao mini-update, Scruffy provided the complete list of changes that can be expected to go through the patch next week. Whereas Akali is getting some attention, the junglers Hecarim and Karthus are struck by a nerf hammer.

Ever after Akali reworked, she always Riot’s balancing problems. Every balance change made on Akali will make her in an underwhelming state as well as being overpowered. According to Surrender at 20, it appears that Riot is already testing them on League’s PBE.

The base health of Rogue Assassin will reduce from 575 to 500 and the Assassin’s Mark passive, which restores energy, will be removed. The energy of Five Point Strike (Q) has been adjusted to require more at early levels and less at max levels. And it can no longer do extra damage to the minions and monsters in the max rank. Akali’s (E) Shuriken Flip will do less on the first cast and more on the second cast. And the first cast of Perfect Execution (R) will be harshly nerfed in the early stage and will cause more damage late, while also changing the type of damage from physical to magic.

Riot probably wants to cautiously give Akali power while protecting competitive integrity, according to its wide range of preliminary adjustments in patch 11.6. The assassin is likely to have less lane dominance but a better scale in the late game.

The dominant junglers Hecarim and Karthus are pulled down to make room for other champions due to respectively having 51.7 percent and 52.6 percent in Plat and above, according to Champion.gg. Hecarim is a strong Duelist, a great farmer, extremely mobile, and he has some good crowd control. Therefore, Riot may be focusing on limiting his early game, making him a worse farmer and an early dueler.

As for Karthus, with the ability to farms incredibly well to become a late-game monster. However, his early game is a clear counter as this champion needs time to scale for core items and can be invaded quite easily.

Besides the three mentioned champions, Urgot, Lillia, Renekton, and Gnar will join in the nerf list, while LeBlanc, Sylas, Pyke, and Volibear jungle are getting some buffs.

With more than a week before Patch 11.6, the previewed tweaks are likely to alter before it goes live.