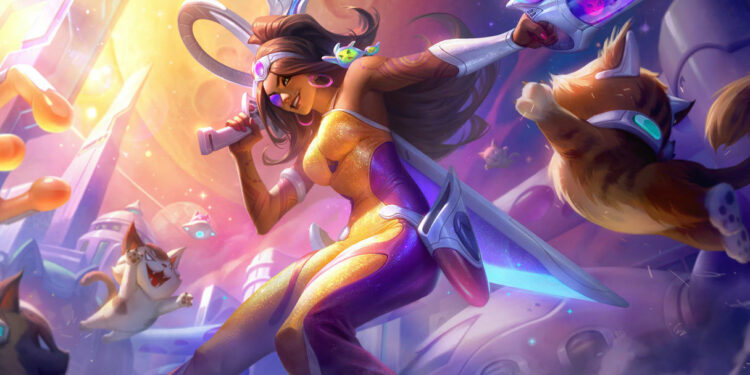 In the forthcoming League Patch 12.2, new chances will open up for a range of champions and playstyles in League of Legends.

League Patch 12.2 introduces several adjustments to the game, many of which benefit heroes and items that have suffered since Season 2022 began.

Riot Phlox, a League designer on the Summoner’s Rift team, went into depth about the enhancements that would follow League Patch 12.2. Many of these improvements, as well as the abundance of nerfs included in this patch, are presently available for testing on League’s PBE.

Many of the patch’s buffs revolve around restoring set damage to champions that incurred net losses as a result of item changes, like as buffs to Yasuo and Yone’s Q ratios and Samira’s R damage. Buffs to Veigar are also available in the mid lane, giving him a shorter cooldown on his Q and more stacks when killing large minions and monsters with his abilities.

Changes are being made to Nocturne and Volibear that will benefit both their solo laning and their potential in the jungle. The Eternal Nightmare, who received significant adjustments to assassin-centric equipment throughout the preseason, will now have increased HP each level and a higher Q AD ratio. Volibear will do more damage as his AD gain each level increases, as does the cooldown on his E.

Tristana and Senna round out the expected buff in League Patch 12.2, providing two marksmen who have fallen behind in the meta a little extra love. With higher basic HP and HP increases every level, Tristana will be able to survive in lane more easily. Senna was previously announced to be getting a stronger slow on her Q, and that change is likely to be included in this patch.

League Patch 12.2 also sees the introduction of Rengar’s final adjustments, as well as significant updates to Tahm Kench and Janna. The River King’s top lane strength is being altered, with tweaks to his E dependent on friends nearby, a larger Q slow, and a movement speed gain while utilizing his ultimate on teammates. Janna’s adjustments were previously announced, but they centered on transforming her into a more supporting enchanter rather than one who thrives on poke.

Mages will benefit from enhancements that will reintroduce two long-standing AP-centric equipment into playable versions. Lich Bane has a revised build path and now offers 15 Ability Haste with a significantly increased passive cooldown. On the following attack, it will now deal half of the player’s basic AD as extra damage, but with a higher AP ratio. Rylai’s Crystal Scepter now costs 2,600 gold instead of 3,000 and grants players greater health but less AP.

Players may expect the benefits to be released alongside Patch 12.2 on January 19. These changes stated in the patch preview are preliminary and subject to change before they are made live on live servers.