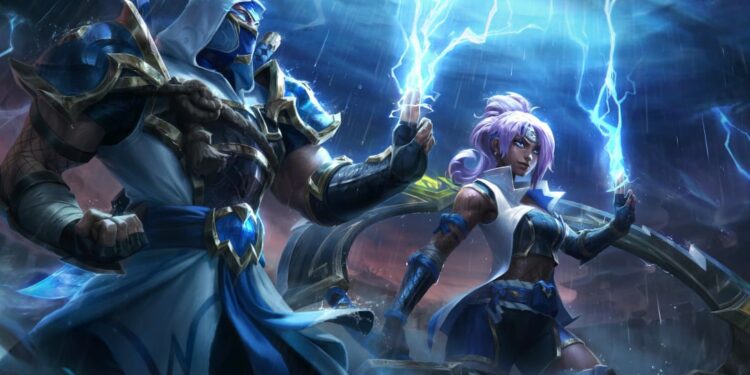 League Patch 12.4 is on the way — Riot Games is getting ready to unveil a new design for Zaun champion Renata Glasc, as well as the long-awaited Arcane-themed Firelight Ekko skin and nerfs for characters like electricity pocket rocket Zeri, queen of the meta – Qiyana, and others.

Season 12 of League of Legends is underway, and players have already been given another new champion to add to their collections.

Renata Glasc, a Chem Baroness from Zaun, makes her debut in League of Legends. She’ll be accessible as soon as League Patch 12.4 is released, along with almost two dozen other champion adjustments. There are nerfs for Zeri and Qiyana, as well as buffs for Aatrox, Lucian, and others, in the same release that Qiyana gets a new skin.

In addition, Riot is focusing on supports in solo lanes.

Finally, we’re anticipating the return of Your Shop with this release. Here’s all you need to know about League Patch 12.4, which will be available on live servers in the next two weeks.

Season 12 is finally here, and when it comes to update cycles and patches hitting live servers, Riot Games is back to their typical League of Legends timetable.

Renata Glasc, the Chem Baroness, is the second new champion of League of Legends Season 12 to be introduced.

Lore-wise, Renata is a member of the Zaun nobility who runs Glasc Industries with the goal of “redefining beauty through state-of-the-art technology” while introducing Chemtech to the general public.

She’s a support in the game, and her kit revolves around strengthening her adversaries with her Chemtech gizmos. She’s an enchanter unlike any other, with a’mind-control’ element to her ultimate that turns adversaries against themselves and a pseudo-revive on her W.

Renata Glasc will be playable in League Patch 12.4, which will be released on February 16, 2022, according to Riot Games.

Riot has two major goals in mind for League Patch 12.4: the newly released champion Zeri and the Smite top meta. While more than a dozen balancing modifications are predicted, they are the most significant.

Zeri’s kit will be altered in practically every manner in an attempt to push her away from less typical AP builds and toward a more crit-based marksman build.

Riot is nerfing the enchanter top lane strat in Smite in two ways, with major adjustments to Objective Bounties and support items. If a team has several support items, the objective bounty will now be half, while the penalty for farming with a support item early will be raised.

The reintroduction of “Firelight Ekko,” the long-awaited Arcane crossover skin that was sent back to devs for adjustments in late 2021 amid the height of the show’s success, is the most noteworthy skin update coming in League Patch 12.4.

Here are all of the skins included in this update:

That implies League Patch 12.4 will be released on February 15th. The Tuesday upgrade will begin rolling out on Oceanic servers at 10 a.m. AEDT, followed by a worldwide release throughout the remainder of the day.

Once patching begins, players can expect a few hours of downtime.

Around three hours before the next Season 12 patch goes live, matchmaking and competitive queues will be deactivated on all League of Legends servers.