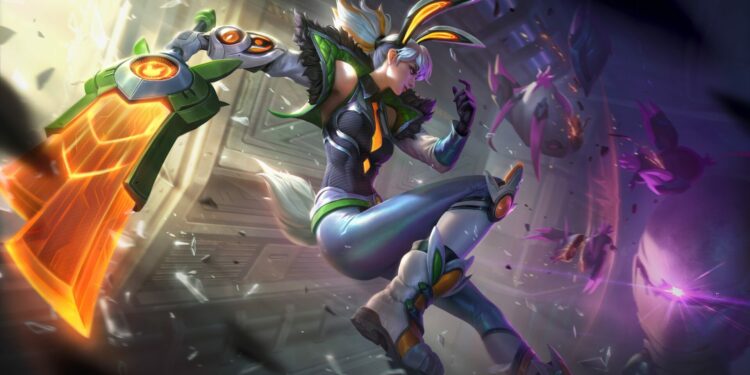 After a long absence, Riot has returned with League Patch 12.6, bringing a major revamp to Rengar, nerfs to meta champions Hecarim and Tryndamere, and major adjustments to lifesteal. The entire patch notes for the end-of-March release are available below.

Have you been waiting a long time for League Patch 12.6? The previous major update went live at the beginning of March, and the b-patch that arrived a week later surely helped shake up the AD carry meta of League of Legends.

However, things have returned to normal as Riot continues with its usual patch schedule. There’s a lot on the horizon: meta champions like Hecarim are in line for nerfs, the Rengar revamp that’s been promised for months is finally arriving, and lifesteal is receiving a huge change.

Oh, and in case you missed it, the Anima Squad skins and event are just around the corner.

Here’s all you need to know about League Patch 12.6, including the complete patch notes.

After months of adjusting, the Rengar rework will officially gone live.

The Rengar mini-rework has been in the works for months, and it is now available in League Patch 12.6. The Pridestalker has gone through several iterations, but Riot has finally arrived on one that both players appreciate and will be beneficial in raising his skill floor.

These improvements include increased uptime on his passive Ferocity, a larger leap range, guaranteed crits on his Q, and shorter cast times. The adjustments, which Riot describes as “purely beneficial,” broaden his build options beyond the RNG crit setups he’s had to depend on for maximum damage.

Azir, on the other hand, is getting a health per level increase, which many are speculating might propel him back into the pro play limelight. Darius, Jax, and Nidalee are also lending a helping hand.

Hecarim has remained at the top of League’s jungle tier list since Xin Zhao’s nerfs. However, the horse is being reined in with minor nerfs to his base damage on Q and E in League patch 12.6. While it has no effect on his usefulness, Hecarim should be weaker at all levels now, especially with his tank setups.

After dominating the top lane meta, Tryndamere is experiencing a same fate. His Ultimate’s cooldown is being increased to prevent him from constantly tower diving, while the cooldown reduction on his E spin based on crits is also being nerfed.

So far, the only two champion nerfs scheduled for the forthcoming League Patch 12.6 are these two.

The lifesteal modifications in order to restructure the sustain meta.

Riot is making a big push on lifesteal in League patch 12.6 as part of their overarching objective of reducing healing and sustain in League of Legends.

Choose things from the baseline. Power is being adjusted away from lifesteal numbers and toward combat attributes like AD or health in Vampiric Scepter and Immortal Shieldbow.

Fleet Footwork and Legend: Bloodline are also being nerfed in the Precision tree, while Domination’s Ravenous Hunter is being replaced with Treasure Hunter — a new rune that grants bonus gold on your first takedown for each respective enemy, equaling a 550 gold injection after five unique kills and assists.

Skins for the Anima Squad are coming

Prepare to prowl into combat with the all-new Anima Squad skin range and event in League Patch 12.6. The Ionian Exile, which was previously merely a solitary skin – Battle Bunny Riven — is now gaining new pals and battle partners in the March 30 update.

The whole list of skins may be seen below:

The complete League of Legends patch 12.6 notes can be found here. The update became available on March 30.