League patch 12.2: Rengar can jump while in Chemfog zone? 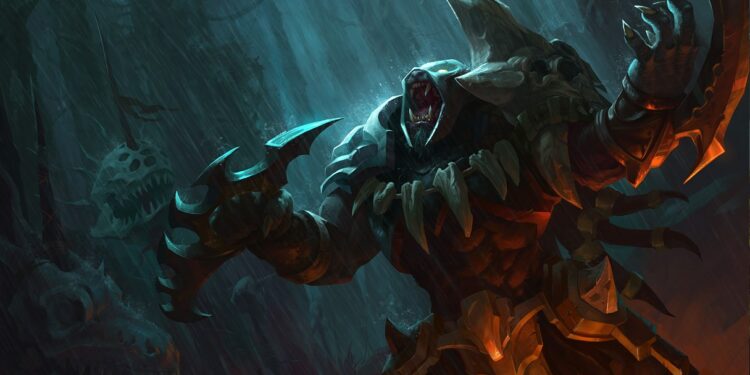 League of Legends Patch 12.1 was released just now, kicking off the 2022 season. The patch, on the other hand, was on the minor side, with only a few improvements to the game, including the Teleport rework and modifications to some champions and Mythic items.

According to Matt Leung-Harrison, Riot Games’ lead designer for Summoner’s Rift team, patch 12.2 will deliver even more to see.

Patch 12.2 will see as a bonus patch that features all the changes that couldn’t make it in patch 12.1. First, he emphasized a big change that should satisfy Rengar players, the champion is getting his passive (Unseen Predator) enhanced in the future release. According to the tweet from Leung-Harrison, Rengar will be able to leap while in camouflage, which also includes the camouflage zone from Chemtech fog.

This is actually great news since his playstyle differs from the past, ever since the appearance of Chemtech Drake and its zone. Rengar will no longer have to wait in the brush to close the gap between himself and his opponents.

Tahm Kench is another champion that will see adjustments in the upcoming patch. The River King will be tweaked to make him “more viable” in the support role. However, the developers did not go into depth about the impending adjustments.

Lastly, the developer stated that the balancing team is considering modifications to Lethal Tempo. Riot intends to improve the rune’s “better balanced for melee” since duelists recently are being broken, especially Top lane Yone.

According to Riot’s official patch schedule, the 3 key improvements that are being worked on for Patch 12.2, which is set to release on January 20.