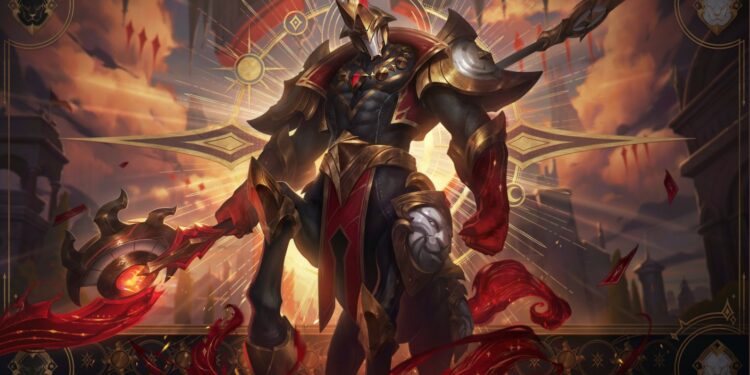 League of Legends Patch 12.7 will be live in less than two weeks, and although we are still getting used to all of the updates in Patch 12.6, such as the new lifesteal nerfs or the new Rengar update, we want to take a peek to see what changes may be coming to the game soon.

Here’s everything Riot Games has revealed so far about the impending patch 12.7.

Riot Games have been continuously updating some underwhelming champions ever since season 12 in order to make them more appealing and fit in today’s meta, champions like Ahri, Master Yi, Rengar, and this time is Pantheon.

The Unbreakable Spear is getting buffed in Patch 12.7. Although the changes are rather minor (not as similar as Rengar’s mini-rework), but hopefully those adjustments will help him with his pick rate.

Patch 12.6 didn’t see any Swain changes, according to Riot Games’ patch note. Some modifications were offered prior of Patch 12.6, but Riot swiftly removed them from the PBE server to give Swain more time to find out what improvements needed to be done to make this champion feel more satisfying to play. So, whether the change will be available in 12.7 is yet uncertain, but we’re speculating that it may.

Three champions will have their whole kit, abilities, and skins visually updated. These will mostly affect their abilities, tidying them up and making their hitboxes more visible.

We got a new mythic shop in Patch 12.6, but that’s only phase 1. Riot even made some changes so that players wouldn’t have to pay out their money for a single prestige skin.

However, there were a few tweaks and modifications that could not be included in the patch, so we will have to wait for the full patch 12.7 to see some more mythic content. Some old prestige skins received a redesign, but some have yet to get one, which is why you’ll have to wait until the next patch for certain updates.

According to League Patch note schedule, The upcoming patch 12.7 will go live on April 13, 2022, which leaves players only a few days later for the full patch preview.