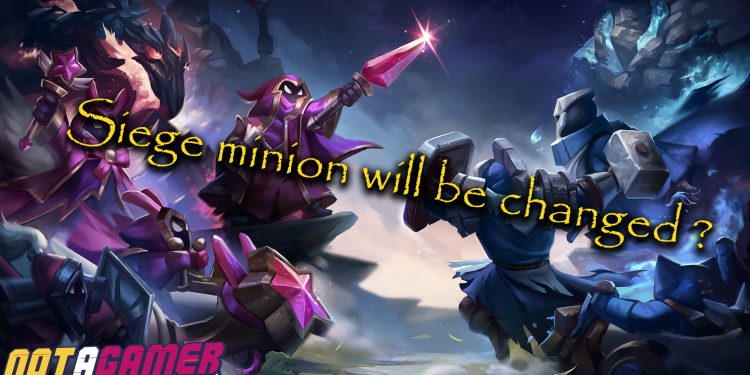 League of Legends as a top tier Esports around the world thus requires Riot to be cautious everytime they update the game due to impacts that affect competitive scene and ranked. Because of that reason, Riot’s big updates usually come at the end of the season, after League of Legends World Championship is ended. Meanwhile, in between tournaments or prior to MSI/World Championship, the updates that Riot releases are just minor, simple and do not shift the meta too much.

Maybe the ahead bloody lesson which is Juggernaut update right before World Championship 2015 occurs is still haunting Riot till this days. Even with small adjustment to the amount of siege minion before the 15th minute which was announced by Riot yesterday has been withdrew and postponed until afterwards of World Championship 2020. Mark Yetter, Lead Gameplay Designer for League of Legends comfirmed this.

Yesterday, Riot annouced that they are experiencing on the reduction of siege minion and their movement speed in midlane. These changes seem minor but it actually huge for pro players, it impacts on the ways of wave control, therefore affects in map control.

Due to how much negative impacts it brings Riot withdrew and postponed these changes until afterwards of World Championship 2020, maybe even before season 11. So for the next updates, there may just some hero’s and item’s stats adjustments, or some changes to runes.