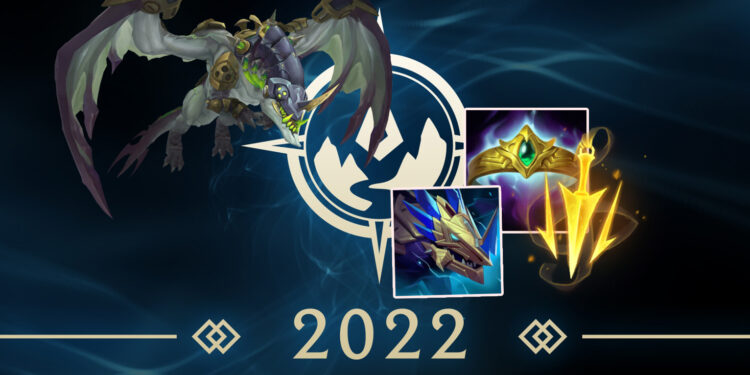 Preseason 2022 introduced lots of new changes to League, there are new dragons, including Chemtech and Hextech drakes, new items, new runes, new mechanics and even a new reward system. What to do in the new season and how to notice them all?

As part of the preseason, two new drakes, Hextech and Chemtech, have appeared in League. Hextech offers additional attack speed and ability haste, as well as a lightning proc much like Statikk Shiv from the dragon’s soul that slows auto-attacks or abilities. And, the Hextech portals created by its rift effect, allowing teleportation across the map, Hextech has shown to be the better drake.

Chemtech has been criticized for its narrow benefit and its broken soul. the drake was also criticized for its multiple bugs. While either of these drakes appears at random, Chemtech frequently leads a game to an end once its soul becomes available. With a Chemtech soul in your team, it is vital to take most advantage of it in order to win the game fast.

The addition of new items has had an equal impact on gameplay in League as the addition of new drakes. With Crown of the Shattered Queen offering huge durability to mages who previously lacked some defensiveness, the new mage item has made assassins difficult to play. Champions like Viktor, Kassadin, and Annie have made excellent use of the new items.

Crown of the Shattered Queen is so popular currently that it is even built in some Marksmen build like Ezreal or Kai’sa.

With its drastically strong new drakes and the inclusion of objective bounties, preseason has enhanced the requirement for team communication. Teams must be able to communicate in order to control the area in Chemtech’s camouflage zones, watch Hextech gate, and locate team fights or objectives in order to claim available rewards.

At the same time, new items and runes have helped many champions’ challenge early and mid games. Crown of the Shattered Queen has emerged as the best scaling mage choice in League of Legends. Lethal Tempo has allowed champions like Vayne, Yasuo or Yone to succeed by providing them with a significant stat increase simply for auto-attacking.  Winter’s Approach, which turns into Fimbulwinter, has significantly increased the survivability for tanks that relies on mana and even mages with strong CC abilities.