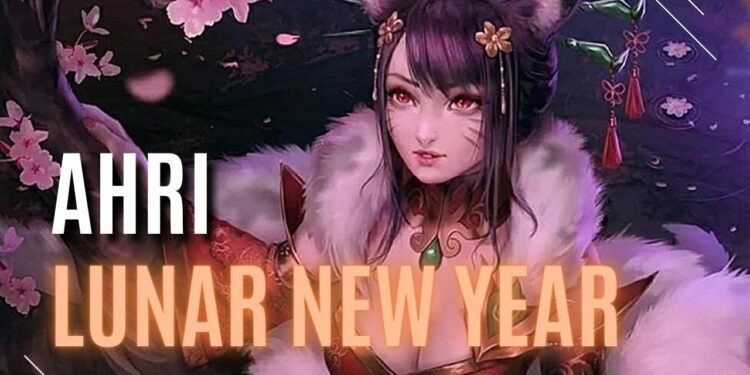 The new impending Ahri ASU and Lunar New Year skin has been leaked, and we may even know a release date.

Popular leaker Big Bad Bear stated on November 23 that League of Legends patch 13.1 and a fresh Ahri skin are anticipated to release in January 2023. This skin will be connected to the champion’s eagerly awaited ASU update.

Along with that, it will also be included in a skinline with a Lunar New Year theme. As a result, it appears that when season 13 debuts in January, League of Legends fans will be in for a treat.

Naturally, if the Lunar New Year skin is made available, it won’t be the only one. To make it a complete skin line, Riot Games will likely also include a few more champions.

It’s taken a while for Ahri’s ASU in League of Legends to emerge. The creators gave specific details about this in June 2022 during a showcase.

Since then, there have been a number of leaks and reports regarding Ahri’s ASU, along with brief videos highlighting the amount of work that has been accomplished so far. Even if the leaks eventually stopped, the suspense persisted.

Ahri’s ASU will be the first champion to be introduced in season 13 of League of Legends, Riot Games’ Shanghai studio announced in a recent short showcase. Aurelion Sol and two fresh new champions will follow. It is safe to assume that Ahri will remain the same since the first rework or champion always releases in January with the start of a new season.

So it’s not shocking that information about a brand-new Ahri skin with a Lunar New Year theme has leaked. In fact, Porcelain and Firecracker are two of League of Legends’ current skinlines that celebrate the Lunar New Year.

So it’s feasible that one or both of these skinlines could return with the Ahri skin. Naturally, it is also conceivable that the creators would introduce a brand-new skinline with the arrival of Lunar New Year in 2023.

In any case, Ahri’s Lunar New Year skin has also been the subject of another leak. She appears to be wearing a rabbit mask, and 2023 will also be the Year of the Rabbit.

Thus, it appears that the incidents and disclosures are related, which greatly confirms the rumors. Regardless, Lunar New Year 2023 will occur on January 23, 2022, which is a little earlier than in years past.

On December 6, 2022, the PBE version of the game will likely contain both the skin and Ahri’s ASU if patch 13.1 is released. Fans should take this date with a grain of salt because it is obviously based on leaks.