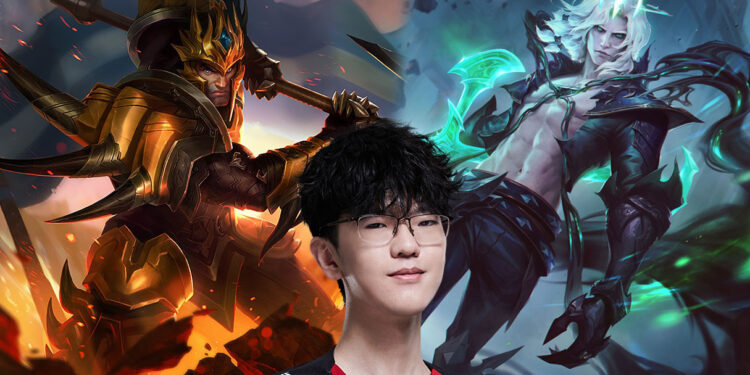 It has been more than a month now since the Finals of Worlds 2021, EDG has created history for the team and the LPL when they won against the former World Champion, DWG KIA. Not only is it a title, but EDward Gaming also promotes the LPL in showing its strength against its main competitor Korea, allowing the LPL to have a perfect 2021 season in all respects (Royal Never Give Up also defeated DWG KIA to win the MSI 2021).

Following the victory and many congratulations, League fans are eager to know which worlds skin EDG will select. This is something that gives the players a problem as well.

Recently, certain information from the international media stated that EDward Gaming has picked their Worlds skin. This has sparked interest in the LPL community in particular, as well as the League community in general. Simply because EDG is the team that returned from World Championship to China after a season in which it was dominated by the Koreans.

The majority of the options provided by the information are within the netizens’ expectations. However, The Ruined King Viego was picked instead of Jarvan IV, the champion who may be regarded as one of the essential champions that led EDG to the title. If this is correct, Viego has (and will have) 3 skins in a row within around a year of his debut.

Many fans were surprised that Jarvan IV was not chosen. However, according to some sources, some say that Riot personally advised Jiejie not to pick a champion with 2 Worlds Championship skins already (SSG and FNC), and a Worlds 2021 skin.

This information has not yet been confirmed by Riot or EDward Gaming. And, of course, EDG players must make cautious decisions to pick their world championship skin.