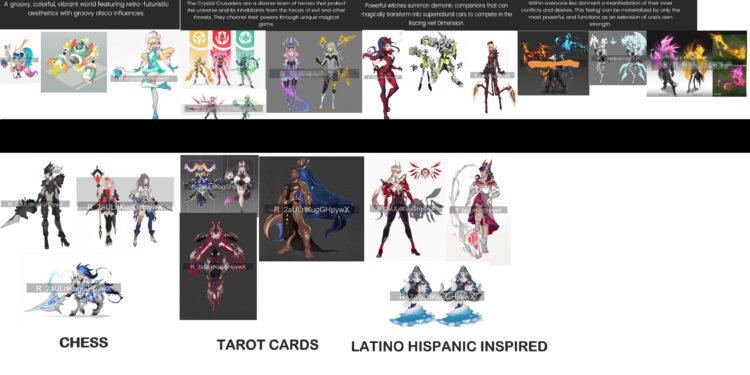 Riot Games is sending out surveys which include pictures of skin lines and concepts of different champions.

A Reddit user recently posts on r/leagueoflegends featuring some leaked information about promising and upcoming (?) skin lines and concepts in a survey sent by Riot Games, that has been catching up quite a certain attention from the community.

Some of the concepts that can be found in the survey include Chess Skins, Tarot Card Inspired Skins and Latino Hispanic Inspired. There are even more skin lines that have not to get any official name yet, besides a general theme that the skins follow. Here are some pictures of the skin concepts that are leaked from the surveys:

The post had quickly caught up the attention of the community, most of them are compliments and positive reactions to the leaked concepts. However, some suspect that all these leaks are the accumulated fan arts of League. On the other hand, it is also not guaranteed skins to come in the future and the Skin Development Team will have to go through hundreds of these concept arts in a year.

In short, it is worth the wait for these potential skin which appeared in the leaked survey in the 2021 preseason.