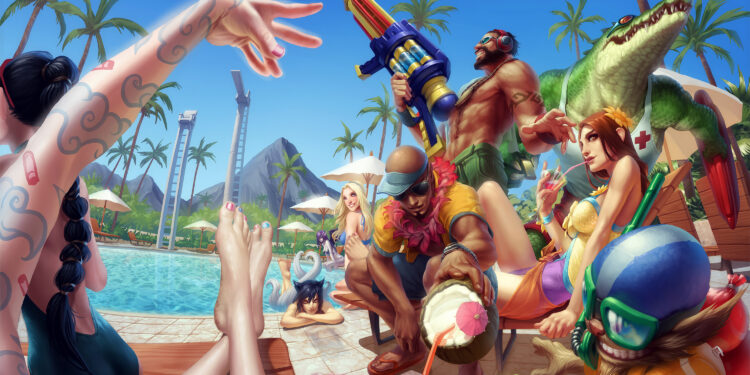 2022 was a fantastic year so far for a hugely amazing skin line, with several unique skins released throughout the year. Riot has launched the new Anima Squad, Arcana, Eclipse, and High Noon skin lines. And, according to leakers, the Pool Party skin line will be added to the list soon.

Pool Party is one of the most popular skin lines in League of Legends. The champions included in the joyful skin line, including as Lee Sin, Leona, and Renekton, have contributed to the skin line’s tremendous success.

According to famous leaker BigBadBear, 5 champions will receive the Pool Party skins. Seraphine, Yone, Zeri, Ashe, and Nidalee are among the champions. On top of that, Patch 12.11 will feature the Empress of the Void, Bel’Veth and her first skin, Bel’Veth Battle Boss.

Seraphine will receive a Prestige Edition for 125 Mystic Essence, while Yone, Zeri, Ashe, and Nidalee will receive epic tier skins. These are some of the most popular champions in the current state of the game, and the event will undoubtedly be a huge success.

Riot is continually enhancing their skins and updating the VFX of certain old champions, so this year’s skins should be even better. Fans are certainly happy to see their favorite champions receive Pool Party skins.

Patch 12.11 should include the 6 new skins mentioned above. We should be able to see additional information once the skins are available on the PBE server.