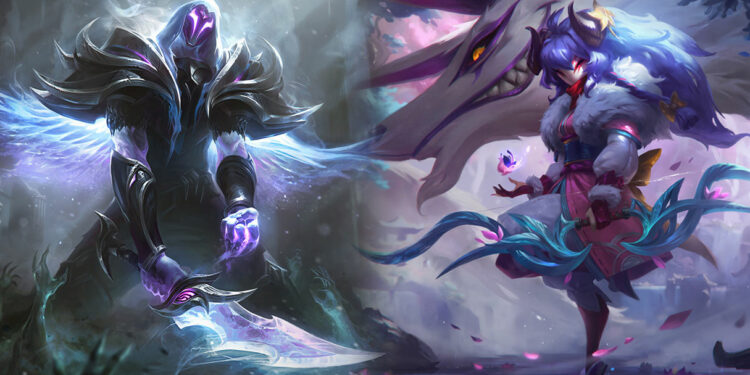 Some leaks of League of Legends’ future skins, including the infamous Ashen Knight Sylas skin

Skin leaks in League of Legends have grown quite common throughout the community in recent months. Over the last few months, all information about events and related skins has been leaked many days before any official information from devs.

Following the announcement, popular leaker Big Bad Bear has now given a sort of roadmap for all of the game’s planned skins. This contains the forthcoming Ashen Knight Sylas skin, the Spirit Blossom 2022 skins and event, Fright Night skins, and numerous others.

Among all the other skins that are slated to be released in 2022, Ashen Knight Sylas is the most common and nearing completion. This is the third skin in the Ashen Knight skinline, which also contains skins for Pyke and Pantheon. Regardless, the Sylas skin is likely to be released somewhere between patch 12.17 and 12.18.

Because Ashen Knight Sylas is a Mythic skin, it is logical to assume that it will be launched with a major skin line. According to prior reports, the second major skin line will be a new addition to League of Legends named Neon Inferno. Unfortunately, the release date for Neon Inferno is not yet available.

Fright Night will be the third major skinline to be released during the later half of the 2022 season. This is a reworked version of Gothic that will be launched in late October or early November (during Halloween).

The most significant leak, though, is the reappearance of the Spirit Blossom event. With the return of this event, it is believed that 9 skins will be available. Sett, Soraka, Syndra, Evelynn, Tristana, Master Yi, Aphelios, Darius, and Yorick will all get the ski. The Spirit Blossom 2022 will be released as part of the Worlds 2022 event in late September or early October.

The final major one slated to debut during the 2022 season is the sports-themed version. These skins were supposed to be launched in conjunction with the 2022 Asian Games.

However, since that has been postponed, League of Legends may bring it back in line with the FIFA World Cup 2022, which is scheduled to take place in December.