Legends Of Runeterra: Patch 2.1 Details and Our Opinions 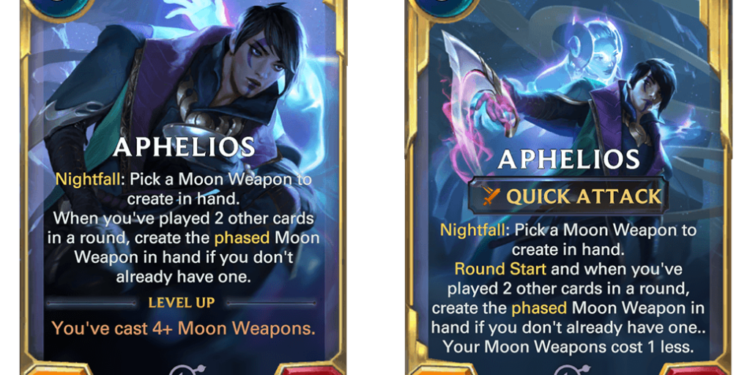 Not only will we witness Aphelios, but the meta might see tons of different changes in the next Patch 2.1 of Legends of Runeterra.

First artwork of Reworked Udyr revealed in Legends of Runeterra

Blade of the Exile:

They are also tuning down 2 famous combat tricks in Targon: Hush and Pale Cascade. Hush now has been nerfed due to the tremendous amount of complaints all over Runeterra community. We might see some of the most competitive archetypes in Targon cutting Pale and Hush down to 1 or 2 copies.

This region is only “competitive-able” when we are talking about Nopeify! and Deny. All the remaining cards have a hard time to keep up with the meta. With Homecoming and Greenglade Elder are buffed, BruiseByGod is looking to build a competitive Yasuo/Swain deck.

RIP Scouts. 3 decks are undoubtedly strong when running Grand Plaza right now: Scouts, Zoe/Aurelion Sol, and Lucian/Hecarim. By losing the +1 Health Stats from the Plaza, we only see this nerf hitting the Scouts family. Which is understandable due to the impressive high win-rate that Scouts is achieving especially in the lower-ranking ladder.

According to LoR.Mobalytics.GG, Viktor’s win-rate is currently stopping at 40% for any deck that includes him. This buff might help him stabilize better.