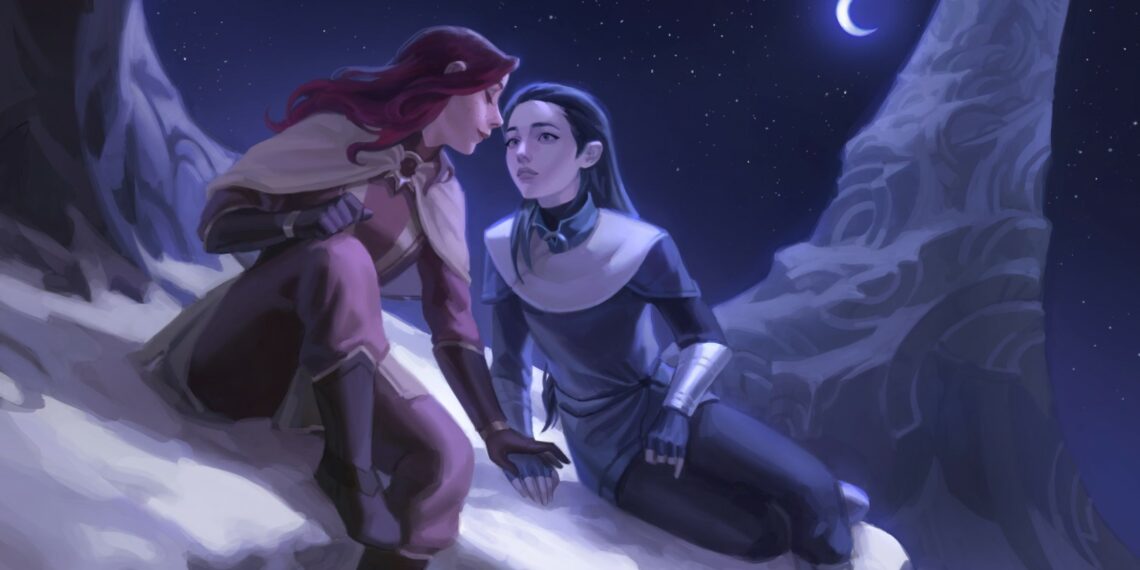 If you have played League of Legends for a while now, you’re probably already aware of Diana and Leona, since they’re two of Riot’s oldest champions and one of the most iconic rivalries in the game. League of Legends has seen a number of mythology lore remake throughout the development, but the duo’s storylines have always indicated that something is going on.

Diana, as far as we know, murdered some of the Solari’s elders after becoming The Moon Aspect, and Leona (The Sun’s Aspect) is desperate to bring her back. Fans have long wondered what is going on with Leona and Diana in League of Legends when recently, Riot confirmed in a new story celebrating Pride Month that the 2 champions in actually in love.

Rise With Me by Dana Luery Shaw, Riot’s latest story in Pride Month, tells the poignant story of two young warriors trying to navigate as they learn how to battle, comprehend sacred texts, and so on. It’s basically League of Legends’ posh temple high school, and Diana and Leona are drawn to each other throughout the tale.

They eventually become attracted to one another and go on a festival together. The tale unfolds through a series of journal entries, becoming increasingly intense as they fall in love with each other. Riot officially confirms that the tank and assassin are canons with some romantic scenes that occurred.

Given the current stage of the plot which they are nemesis against each other, it’s difficult to comprehend what’s going on between them, but we do know that before their falling out after becoming faces, Diana and Leona were a thing.