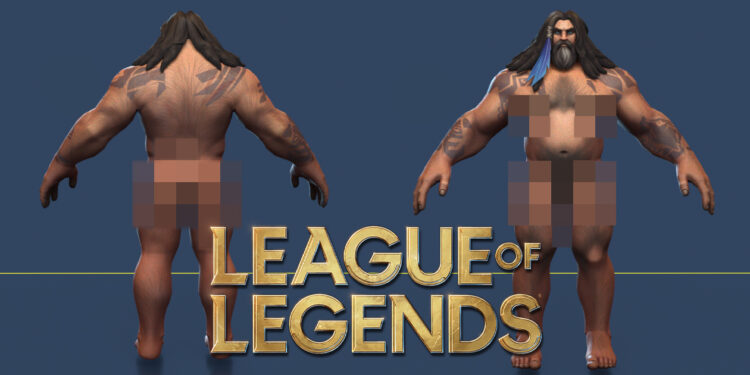 The Lil Nas X League of Legends collaboration has already gone viral. However, his “Nude” skin already has a fanbase that wants to see the skin implemented on the live server

Lil Nas X is one of the most popular musicians right now, and the artist recently announced himself as the new unofficial “President” of League of Legends in a video released by Riot Games themselves.

While the video was mostly intended to advertise this year’s Worlds Anthem song, Star Walkin’, it also included a joke about “Nudyr,” a skin for the recent reworked champion.

Lil Nas X may be heard in the video presenting a new skin for the Spirit Walker.

“I said Nudyr! Like Udyr, but in the nude! Just put some pixel blur over his junk and it’ll be the best-selling skin of all time!”

Sure, it’s only him with his ‘sensitive’ section pixelated. However, this joke instantly sparked the interest of League of Legends players, with individuals sketching up suggestions for what Nudyr may look like before Riot even had the opportunity to work on it.

Before the official LoL Twitter account posted a photo of the skin, fans were already curious. However, having a notion to work with, League of Legends is currently replete with the champion that are naked throughout different social media sites. What began as a one-time joke has evolved into a skin that League of Legends fans have loved.

Despite Riot’s tweet displaying the skin’s model, there has been no official response from Riot on whether or not this skin will become a real thing.

But who knows if this skin is ever officially added to League of Legends? It might be one of the inspired Lil Nas X skins to hit the live servers.