Lilia – new champion of LoL will be published on July 22nd??? 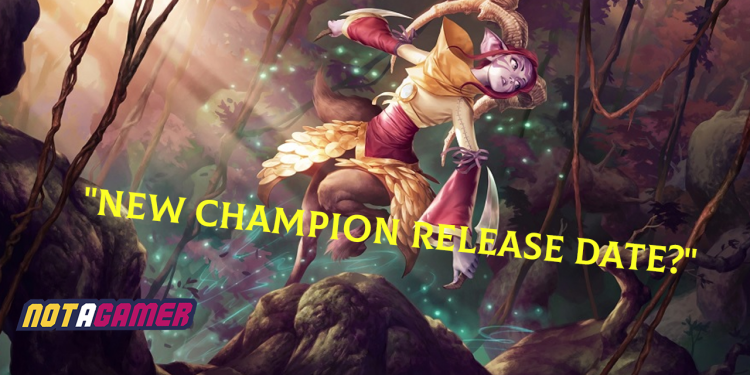 Riot Games have confirmed that the new champion of LoL, Lilia, will be published on July 22nd and she will give players a gift like Sett when he was published.

Previously, there are two strange sound files appeared on the PBE server. These sound files mentioned a name that have never been known, Lilia. This name is quickly guessed to be the name of one of two new champions of LoL published this summer.

These are two sound files’ contents:

Recently, PBE server has continued to update and this time, a brand new item named Lilia’s Haiku appeared with a caption from Riot: “You have found Lilia in the jungle. Openable on July 22nd, 2020”.

According to the caption, you can open this shard on 22nd this month and this is possibly the day Lilia is published.

The community said that the way of introducing Lilia will be similar to Sett, that means you will receive Lilia’s Haiku when you complete a mysterious mission. If you do still remember, when Sett was nearly published, some players received “Sett’s Calling Card” and this was the way he was introduced. (Pretty similar, isn’t it?)

Although we can’t infer a lot from this image, with this jungle style and the appearance of a blooming flower, Lilia is said to be a Vastaya champion (one more similarity with Sett) and probably be taken from Greenglade Caretaker of Legends of Runeterra.

All in all, Lilia’s teasers and first trailers will be soonly published and the whole community are looking forward to using her in the game.