League of Legends: Lillia Debut with a Shocking Low Win Rate in Jungle 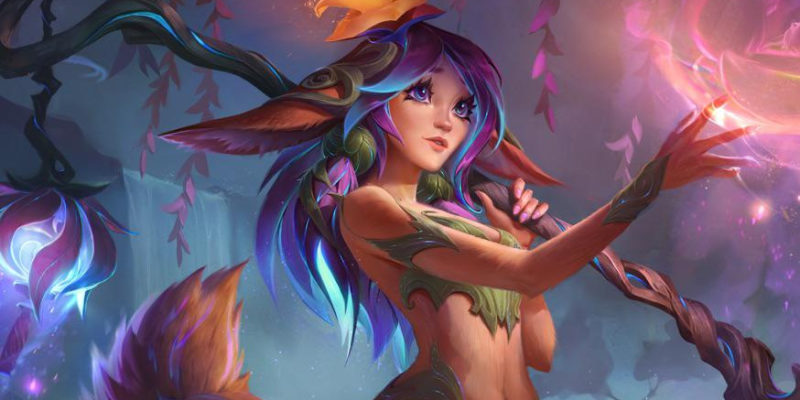 Lillia is granted “The Worst Jungle Champion” because of her 42.69% win rate, will she receive massive buffs by Riot?

Before Lillia is released, Riot seems to have completely forgotten Jungle since the latest Jungle Champion was Kayn back in 2017 (Champions such as Sett, Qiyana, or Sylas even though they all can be used in Jungle, they’re not dedicated for the forest). From the teaser, the introduction of her brings lots of hope to refresh the Jungle meta in League of Legends, despite all that hope, after roughly a week after release, the result is not positive.

According to champion.gg, Jungle Lillia defeats Sylas, becomes “the lowest win rate champion” achieves on 42.69%. With such a potential skillset (Q for kiting, burst damage with W and a game-breaking Ultimate), she is expected to have a much better win rate before the officially released.

The reason behind her low win rate is maybe because of her weak early game, she is extremely vulnerable to Jungle Invade, which can create a snowball effect that leads to Lillia’s mid-late game comes much slower. Champions such as Leesin, Graves, or Nidalee can simply give Lilla nightmares and put an end to her mid-game potential. Her stats are also seemed pretty low and champions who have point-and-click skills can simply neutralize her.

In our teams, we have a Platinum guy who plays Lillia for roughly 30 matches by now. Even though, she’s extremely strong when her peek comes, in the early game if she has to face such invasive champions she would have a seriously tough time to be able to survive if she doesn’t receive any help from other laners.

Furthermore, the bigger reason is that not only Lillia can easily be snowballed in the early game, her items require much more money to buy than other bruiser jungle champions. Normally, imaging you’re playing a bruiser in the jungle, you should be able to reach your peak when you acquired Enchantment: Warrior and Black Cleaver, after that, Death’s Dance, and Sterak’s Gage is just an add-on to boost your power.

On the other hand, Lillia’s peak only comes when you finish her 4th items, after Enchantment: Runic Echoes and obviously… boots, Liandry’s Torment, and Rylai’s Crystal Scepter are a must-have for her in order to perform properly. Lots of matches with Lillia involves usually end before she’s able to buy four items.

Not only Lillia, but other mage champions also end up in the same situation because of the limited options they can choose from the items pool comparing to Ability Damage Boost items. There are lots of servers/regions that have a much faster game pace than others and tend to fight in order to gain advantages in the early game. Mages, in general, can’t really be able to buy enough items before the game’s end.

If you want to try playing her, above is her items build and also rune build will be listed below, all the build datas we collect are from KoreanBuilds: