As a part of the one year anniversary event for Teamfight Tactics (TFT), Riot puts those Little Legends – a feature representing the player controlling the chess pieces – into Riot Merch.

Plush, action figure, mouse pad, mug,…these are just some of the first several Little Legends merch available on the official Riot Merch site, ready to be ordered by a few clicks and delivered to the home of hardcore TFT players. Nothing is more pleasant than drinking your daily dose of tea from a Furyhorn mug while trying to hold the rage of not being able to complete the 6 Cybernatic comp and blame the mishaps on Riot’s faulty RNG system.

On another note, Riot is gifting a “blademaster” penguin to everyone, on the condition that a game of TFT, ranked or normal, is played within the duration of patch 10.14

One year ago we started on a journey with a sword-wielding penguin and all of you.

To celebrate, we’re giving away this birthday-hat wearing monster to anyone that plays a game of TFT during patch 10.14. 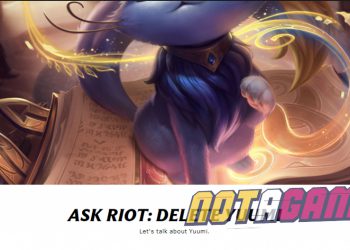