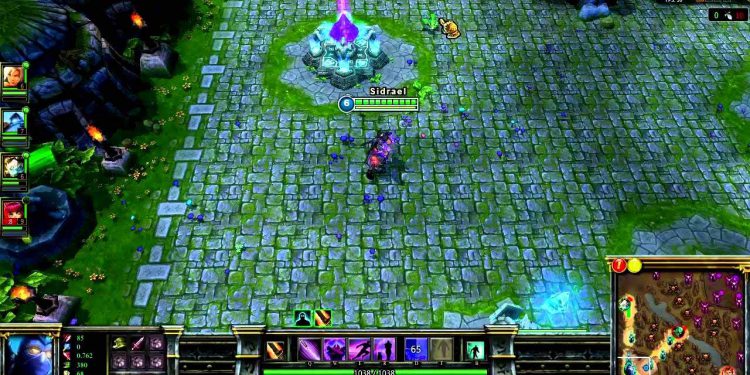 LoL Best Games – Rarely has any game possessed the vigor of life as League of Legends, although the MOBA genre was not new at the time it was born …

Speaking of the most successful games in recent years, there will surely be the name League of Legends. This is still the most popular game today, despite turning 10 years old, a very high number compared to the average life expectancy of a product.

League of Legends was warmly received by the gaming community and quickly became a global phenomenon. Only in the period from 2012 to 2013, League of Legends has changed the online game market dramatically, with the positive core values ​​that the game brings. Partially motivating eSports to make great strides towards professionalism and certain achievements.

So what are the factors that help League of Legends survive and thrive during the past time? For many young people, League of Legends is not just a game, it is youth, passion, enthusiasm, beautiful years in the past and endless joy of the future. Let’s find out!

In online games rated as attractive on PC, League of Legends strategy game needs the highest team. Not only the skill of each individual but the coordination of the whole team must reach a rhythmic level to bring victory.

In the professional arena (or high rank, for example), strategic thinking is better than the opponent is a great advantage. Players can read the game, plug Ward to judge the opponent’s movement to make decisions that give their advantage. At the same time, the coordination of the best team will help maximize the tactical thinking of gamers.

If understood in a broad sense, LoL is also considered an excellent role-playing game. Each player will play a champin in LoL, with their own strengths and weaknesses, depending on the skill set that champ possesses.

It’s a game that is easy to play but hard to be good at, you have to practice a lot, judged by the mastery points.

In particular, in League of Legends, no champion is considered the strongest. Anyway, success or failure is still at skill, you just lost is not enough … good. This makes League of Legends an addictive role-playing game, when you always have to try to improve yourself.

Another reason, League of Legends itself is constantly improving. If in the beginning, the game had a graphic background that looked like cartoon and was quite bad, then only a few years later was a different makeover. From the map interface, champions to skins are increasingly cool. Show the thoroughness and investment from Riot to please gamers.

The updates are also constantly making the images in the game more beautiful. The reason the game can maintain its position after all these years is thanks to that.

Rarely do any online games invest in a plot like League of Legends. The game content tells the battle between two mysterious lands since ancient times. In which each champion, each region has a certain role. And if to tell the origin of a champ only, you also have to sit reading all day with dozens of pages …

Riot has connected many details to create a story throughout, both fanciful but still logical and convincing to the people.

The reason is also very easy to see, that is in addition to attractive gameplay, easy to get used to League of Legends is also a lightweight game. With a normal computer typing text can play game, something that online games now always crave but hard to get.

Not to mention the gamers who have no conditions, League of Legends nor requires anything sublime. No money to buy champions? Play to buy. No money to buy skins? Still playing well in the default style of … Faker

There are too many reasons for League of Legends to stand firm with time. And perhaps it will take a long time to have a game capable of subverting the foundation that this game has built in the hearts of gamers.