LoL Confide # 3: “Meeting the name of “Unknown” in LoL made me doubt my gender” 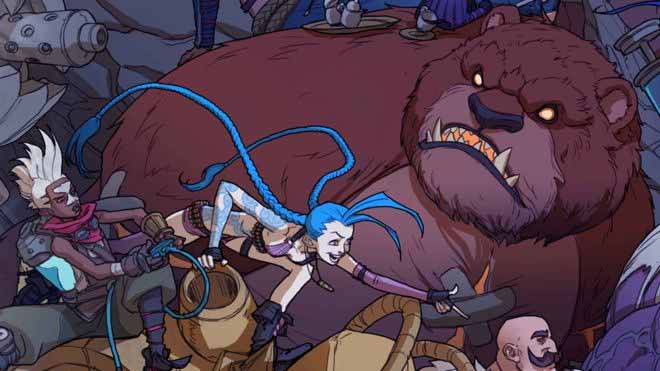 Then I do not know when he was, he is not only a friend to drag me to rank, but that is why I always want to log into LoL to meet and talk every day. I just broke up with my girlfriend for a month, my mood hasn’t stabilized just because of my breakup.

LoL Confide 3: “Meeting the name of “Unknown” in LoL made me doubt my gender”

She said that there was no sense of reassurance at my side, that I was so cold that my girlfriend thought that the feelings only came from one side. I swear to heaven, I just don’t know how to say it to express my feelings, but I’ve known each other for years, how can we not love it?

But pride doesn’t allow me to cling, that’s all right! I’ll go back to my life and play games all day to forget this sadness.

The situation of playing the game was not very happy, so I did not consider immediately finding a new relationship. I rewarded myself with the time to rest my mind, to play the game in a crazy fashion day and night to play games. My unconscious mind will help me temporarily escape reality and step back to consider what I will do next.

There are some who believe that after the breakup, men will suffer more torment than women. I feel that it is partly true because I am a serious person in love. My girlfriend is my first love, how can I forget it quickly. Ranking wins no longer make me excited like I used to be, even with URF, I’m not as excited as I used to be.

Everything goes boring and boring according to the machine schedule: eating – sleeping – playing games, half-awake and half-sleep. Until one day I happened to be in the rank match with an account called ““Unknown””.

This name is also not uncommon when gamers are too lazy to give themselves a non-duplicate ingame that still has enough characters. What makes me notice is that the farm has nothing to do with it, just stand in the turret waiting for creeps to come in and farm.

If you die, just stand at the place of resurrection, wait for the whole ping team. I was so annoyed, I chatted to ask if he was trying to break the rank or not. After a few seconds of silence, he answered succinctly: “Yes, I am breaking. Rank is too boring ”.

I think I’m facing a crazy person who wants to break whatever rank I’m ignoring, but when you’re with me, please play well. I don’t want to lose my love, even the game loses because a stranger is not worth it.

I angrily yelled and said “Unknown” was a young inferior, accusing him of breaking my winning streak. I wonder if it was the result of the defeat that made me the reason for the discomfort in my heart for the past few days or how my words were really miserable. “Unknown”…he silently watched the match unfinished.

I was about to turn off the screen because I was no longer interested in playing when I met a young man who broke his rank when he suddenly noticed an invitation to make new friends.

Click on it to see that player named “Unknown”, who deliberately made me lose before. At first, I was about to refuse to add friend because I hated. But with a curious nature, I still agreed to see what he wanted to say and delete it later.

“Unknown” message sent an apology for ruining my rank match, he said he did not mean to. It’s just that he also confided in wanting to troll the game. He then promised me when he was free, let him help offset the lost points, even if I wanted to, he could pull my rank up to the Master.

Before those somewhat honest explanations, I was temporarily relieved, but I still didn’t believe he was qualified enough to pull the rank. The game is a team game, so if you have to team up with a feed team, then what about “Unknown” and me – can you two walk up without problems? So I just coldly answered, “yes, later”.

Then the days of eating and sleeping in a way that made me depressed had to turn off the game for a few days. When I got sick and awake, I went back to the game when “Unknown” was online. Perhaps my mood today is not bad, so I actively took a message asking “Unknown”, remember the last promise to pull the rank? He said yes, I looked at the current rank of this guy and I was suspicious of doubts. Well, anyway, I’m not hoping for anything, I’m afraid there’s nothing to be disappointed about.

Indeed, “Unknown” did not disappoint me. He seemed like a different person, unlike the bad game when he first played with me. The tricky handling is like an experienced guy that no one can stop. The winning streak lasted in my game history, I felt like someone who was wasted by not much to do.

Just entrenched in the top, all ganks remain “Unknown”. Turns out this guy didn’t lie, he was able to pull me to the top. This made me wonder if he won so easily, so he had abnormal thinking, going down the rank for falling down created difficulty for the game? But that didn’t make me curious for too long. I just feel climb rank without losing a dime is really lucky.

I have a different view of “Unknown”, no longer disgusted but only excited to find a treasure, an unknown talent. With this level, he can participate in professional competitions, carry some trophies and bring them home for fun, not joking. But I don’t see any pro gamer that I know is called “Unknown”.

In addition, he also made sure that he did not use hacks or third software to make me feel secure.

Contrary to the plan of using “Unknown” to gain rank like before, I occasionally found him to talk idly while waiting for the battle. Neither of them had any friends, it was important that the “Unknown” did not say much when listening to me.

Gradually I felt like finding a suitable friend. I started to ask him to chat by voice, but I only used to chat and ping in the game before. Despite playing for a whole month, it was the first time I heard the voice of “Unknown”.

It is strangely warm and attractive, thinking that if I were a girl, I would love this guy because hearing “Unknown” will make you think someone is whispering in the ear. Currently, “Unknown” is only playing with me, should I consider this a small benefit?

The two of us understood the idea. “Unknown,” said my voice, unlike a 22-year-old boy who seemed as if he had not experienced life yet.

I just chuckled, perhaps parting love a few years of attachment but still considered as not experiencing life? However, I gradually realized that I was no longer sad because of the other love since I was playing with “Unknown”.

I felt that the situation was not good when I was looking after him online to search for him. I don’t even have the need to flirt with a new girlfriend because a friend like “Unknown” makes me feel good enough.

Every night hearing his good night from him will make me have a beautiful dream. I feel like I can’t lose this virtual friend anymore. I do not know how to describe this feeling. Until an “Unknown” day inviting a girl to play with, everything changed.

He saves all the words he cares about, often ganks for a girl and often smiles with a happy attitude. I felt a throbbing pain in my heart, like a needle. Not knowing why I feel uncomfortable, my mouth feels bitter like swallowing the medicine. Sometimes I deliberately went into private matches, and “Unknown” didn’t need to text me asking.

A few days later “Unknown” kept inviting that girl to play with her. He initially consulted me, found that I could not answer immediately. The uneasy feeling the previous day continued even for a long time. I suddenly wanted to cry, touching my eyes with the wet eyes that startled me.

Strangely, what am I? I was scared of the emotions coming to me, so I decided to leave the game for a week. I spend time sleeping and locking myself inside the house. The mind doesn’t want to think or analyze something, but why is it so empty.

Wondering what “Unknown” was doing, was it sad that I didn’t play games together? Are you having fun with that girl? It’s funny, even if his real name I didn’t know.

Am I crazy or am I concerned about a boy of the same gender as me? I know I’m uncomfortable being abandoned by “Unknown”, sharing my interest. Where does the cause come from? Friendship, no one does that, even happy to see that your friend has a lover? Or did I … like him. Is not! Incorrect.

But can I go back to my old ways and talk like a friend with “Unknown” and ignore him playing with someone? Hundreds of thousands of questions were raised, my mind exploding. I just want to sleep forever awake. “Unknown” hey! Why did I encounter you?