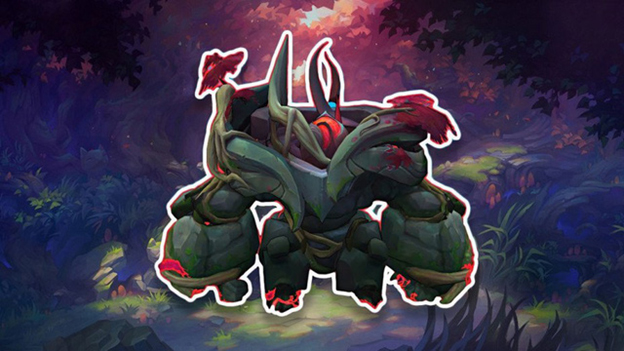 CertainlyT always make we surprise with many new ideas

Bradford ‘CertainlyT’ Wenban is one of the high-up game designers of Riot Games. He is the man stand behind champions design like Zoe, Thresh, Akali rework, Yasuo, Aphelios….and more champions

Don’t just stop at champions design, CertainlyT also used to has many ideas about improving LoL Map. One idea which he once intended to perform is “Base Guards” and were these woodland Satyr like creatures that would spawn from your base and patrol jungles

Riot Reav3 – “We actually had Brad working on Pre-Season stuff once for the Assassins update. For along time we were testing what we called “Base Guards” and they were these woodland Satyr like creatures that would spawn from your base and patrol your jungles (2 base guards for each team that would each patrol one quadrant of your jungle) They were allies to your team but would attack on site any enemies that walked into your jungle, but would give your whole team gold if u killed them.

They did very high damage but were susceptible to burst. His theory was that to make Assassins as a class less 1 dimensional and more useful to their team, adding a objective to the map that was tailored towards Assassins that Assassins could do to contribute to their team would make the class more viable in high level play (since Assassins often struggle in high level play) They were really interesting but we ultimately cut them. Later Brad would go on to make a Assassin that has been viable in proplay since her release in Akali”

Let’s go back to the Preseason 2017 (After World Championship 2016 end), Meta professional is getting extremely boring because the controlled gameplay gets too strong. Maybe Riot Games want to make big changes about champions to Professional Player open-minded in combat so they should have a plan remake assassin

However, the introduction of “Base Guards” to defend the jungle in LoL just make for champions need farm in Jungle to become stronger and Meta can be in a very negative direction. If they appear, maybe Master Yi will become stronger and is the strongest champion…so lucky because Riot Games has deleted this idea