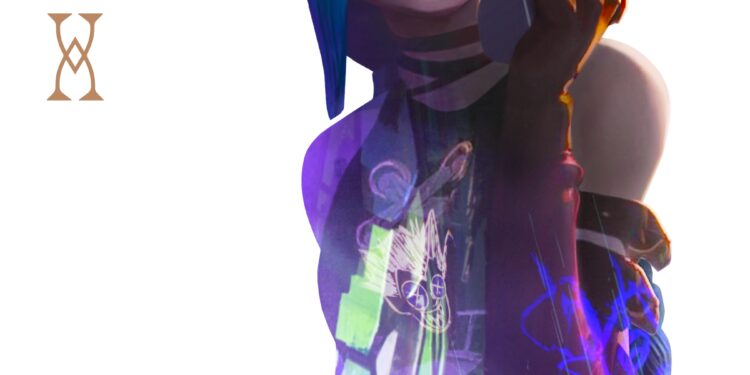 Arcane was released via Netflix November 2021. It is set in League of Legends’ universe and primarily focuses on sisters Vi and Jinx

At the point of release Arcane quickly became the most popular series on Netflix, and achieved the highest first-week ratings ever on the platform. The show received public and critical acclaim with praise directed at its animation, story, worldbuilding, action sequences, characters, emotional weight, music and voice acting.

Most notably, the show appealed to both people not familiar with LoL as well as its massive fanbase. As a testament, LoL’s active monthly accounts went from 120 million to 180 million post-Arcane, a whopping 50% increase and unthinkable for a game that’s decade-old. Arcane singlehandedly propelled LoL past Minecraft as the most popular video game on the planet.

The Primetime Emmy Awards recognize excellence in American primetime television programming. It is considered one of the 4 major American awards for performing arts and entertainment, alongside Grammy (music), Oscars (film) and Tony (stage theatre)

The nominations for this year’s ceremony were announced today with Arcane receiving the following:

The main ceremony will be broadcast in the United States on Monday September 12 from 8-11PM EDT / 5-8PM PDT on NBC.

Unfortunately, Arcane will most likely not win any categories

Competitions include big household names like Rick and Morty, What if … (Marvel), The Simpsons, etc

However the most decisive factor is that the academy members who will vote on the awards likely have never seen Arcane.

For years the Oscars have awarded Best Animated Feature to Pixar or Disney’s way inferior products compared to Japanese masterpieces from Studio Ghibli or recent breakouts like Makoto Shinkai’s Your Name. Kimi no Na wa did not even get nominated despite being a massive hit.

The reason being, well, the academy is too old to watch cartoons and they apparently just vote for whatever their grandkids watch. These Awards being American-made and therefore rightfully American-centric and biased don’t help either.

So LoL fans shouldn’t have to feel disappointed even if Arcane does not bring home any prestige.

But if the awards are essentially irrelevant, why are we talking about it? Is this even newsworthy?

Regardless of how we view them, the Emmys do receive widespread media coverage and name recognition. Arcane being nominated alone is already good PR and will help improve LoL and Arcane’s popularity. Given Arcane’s stellar quality, Riot being incentivized to create more is a huge boon for us the player base. Season 2 has already been confirmed.

In a pool of increasing competitive gaming market, maintaining popularity is compulsory lest we end up like LoL’s ill-fated ex-nemesis Heroes of Newerth.

And who knows, Arcane might pull off a major upset at the ceremony!