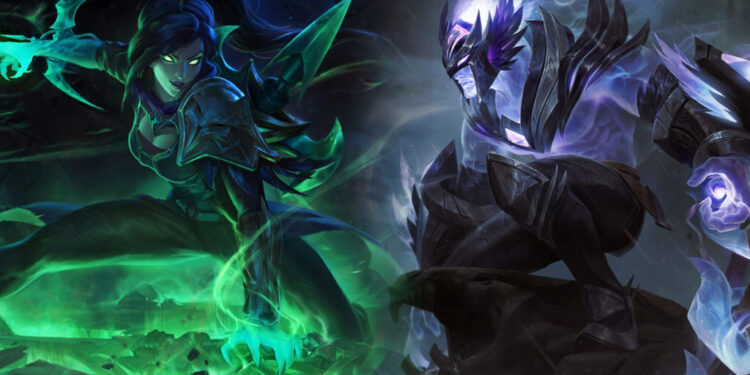 The League of Legends Mythic Shop is a wonderful place where players may purchase exclusive skins using the Mythic Essence.

The present Mythic Shop content was included in the game around three months ago, and it will rotate soon, as is routine.

Well-known League of Legends leaker BigBadBear has leaked information about the latest skins to hit the Mythic Shop (leaked information was provided first by Julex Gameplays). This features the all-new Ashen Slayer Sylas skin, as well as fan favorites like Soulstealer Vayne and PsyOps Ezreal.

It is critical to understand that the cost of these skins will differ based on their initial release date. Aside from that, the time it takes for the skins to become available will vary.

The following skins, as well as their costs, will be introduced to League of Legends’ Mythic Shop in patch 12.18:

The above skins will be temporary and will rotate as usual. Hextech Poppy, Soulstealer Vayne, and Ashen Slayer Sylas are likely to endure a total of six patches. However, PsyOps Ezreal and Battle Academia Leona will only be available for two patches, or around a month.

In any case, these skins are expected to be added to the rotating shop in Patch 12.18 on September 22.