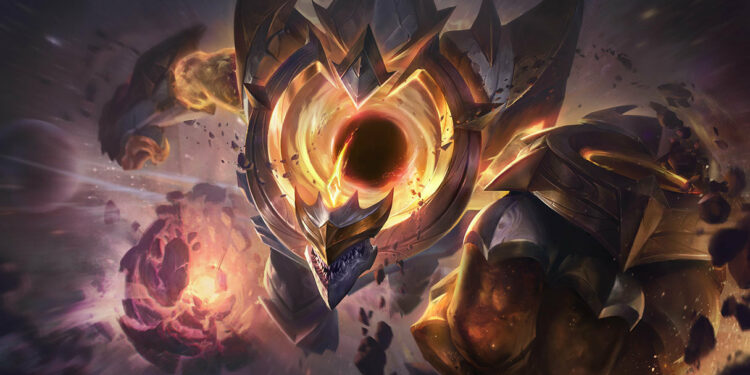 Instead of Gemstones and Prestige Points, Riot introduced Mythic Essence, which can be used to purchase Prestige Skins, Mythic Skins, and other Mythic Shop items

Riot substantially revamped the Mythic Content in League of Legends Season 12. The Prestige Edition skins, Hextech skins, and Mythic skins may now be purchased via the Mythic Shop. Every month, the contents in the Mythic shop will be rotated.

As previously said, this may be everything from cosmetics to emotes to plain essence. If you have enough mythic essence, you can keep it or use it on a skin.

Each month, new skins will be added to the shop. Mythic skins such as the Ashen Knight Pantheon skin and previous Hextech skins will cost 100 Mythic Essence.

Prestige skins will also be unvaulted monthly. The first unvaulting will cost 125 ME, the second will cost 150 ME, and the third – and all subsequent unvaultings – will cost 200 ME.

Available accessories and other items

You may receive numerous Ashen Pantheon accessories to match your Ashen Knight Pantheon skin in July and August. These items will most likely change for the next Mythic skin Riot releases.

The next rotation will take place in August. While the Hextech Ziggs and Dreadnova Darius skins will remain in the shop, the Prestige skins should rotate monthly in the Mythic Shop, so keep checking back to see which champions you can get.