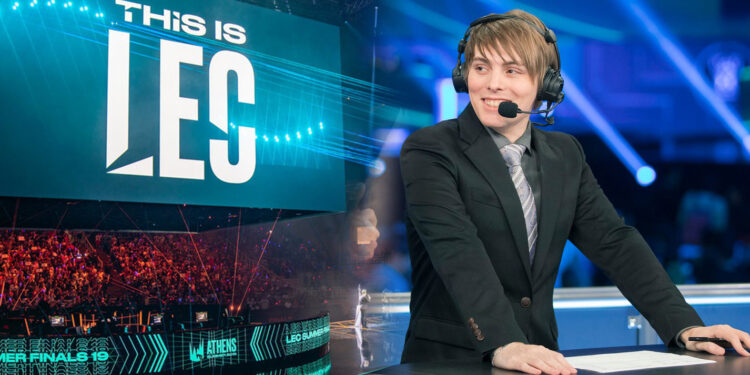 Nick “LS” De Cesare, a League of Legends streamer and former head coach, claims he was banned from Twitch due to a DMCA takedown by Riot Games

Nick “LS,” a League of Legends professional and former C9 coach, was banned from Twitch following an accused copyright strike by Riot. The punishment was enforced when he was viewing some League of Legends European Championship VODs.

While most DMCA (Digital Millennium Copyright Act) takedowns are the result of a streamer playing unlicensed music or viewing movies while streaming, takedowns for just watching another game are uncommon.

He quickly jumped to Twitter to address the situation, as fans and viewers blasted at Riot over the action.

LS, a former C9 coach, is still strongly involved in League’s professional scene and was taken aback when he was punished.

This was followed by a burst of tweets from him, in which he clarified that he has been producing this sort of content for some time and even has an agreement with Riot.

Unlike the LCS, the LEC does not have a co-streaming policy that permits select streamers to watch games live with their viewers.

As a result, streamers such as LS who wish to spectate the matches live will not show the games but instead display a countdown so viewers may sync the official feed of the games and listen to their analysis.

Fortunately for fans, it looks that the problem was swiftly addressed. His livestream is now back up and running, thus he just missed the first game of the LEC playoffs.