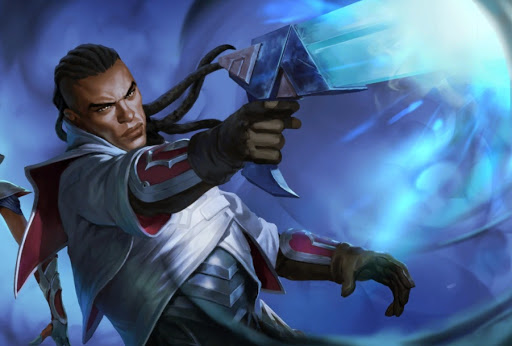 These changes will make Lucian more binding to the ADC role.

With the upcoming changes for League Patch 11.3, Lucian will also see a major shift in power in this version.

“My hopes are high that 11.13 will be a very big patch,” Sidhu wrote. “Between the Tahm Kench update, new top lane items, mage buffs, and major mobility tweaks, this will probably be the biggest meta shake-up we’ll see for quite a while. Very excited to see how it turns out.”

Lucian, who has been a priority pick in pro play for mid laners all around the world, is one of the champions being modified in 11.13. The Purifier is a strong flex option that can be played in three lanes—top, mid, and bot—but has been a go-to champ for a number of excellent mids in recent patches. Lucian, on the other hand, is one of the game’s lesser-used champions in solo queue.

As a result, Riot will attempt to relegate the Purifier to the bottom lane by nerfing parts of his base stats and early abilities while simultaneously buffing him while being healed or shielded by an ally. Furthermore, the developers are experimenting with ways to increase his damage against immobile enemies. None of these modifications are set in stone, but they are the developers’ chosen approaches for adjusting this champion.

Mages, on the other hand, have been underperforming in terms of overall power and player experience, therefore Riot has reduced the cost of AP mana Mythics by 200 gold. Even while this is a temporary remedy, the cheaper goods should be welcome for any champions that require particular item power spikes to stay up with the other champions in the role.

Patch 11.13, when combined with all of the other significant improvements in store for Summoner’s Rift, is expected to be the most significant update of the year so far. According to Riot’s official patch schedule, it will be available on live servers on Wednesday, June 23.