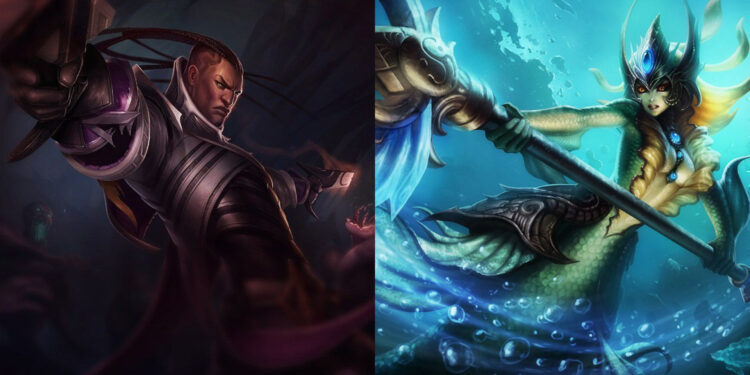 Lucian’s changes in League Patch 11.17 have successfully brought this champion back to bot lane, while Nami also receives a small buff on the same patch.

As Lucian has long become one of the best picks for the solo lane in League of Legends at both higher ranks and Pro Play, Riot has made major adjustments in order to bring him back to the ADC position in League Patch 11.17. The changes focusing on providing him more tools and interactions with his Support, from changing his passive to storing 4 maximum basic attacks instead of 2 and minor changes with his W.

LCS caster and content creator David “Phreak” Turley said Lucian’s passive damage has been enhanced to 128% at level 1 and 121% at level 18 when compared to the previous League Patch 11.16, which is a very significant amount of damage, especially at early levels.

His Ultimate -The Culling, although the base damage of each shot has been reduced, now has a 25% more critical chance. According to Phreak’s calculations, The Purifier’s ultimate will now become stronger after completing his first mythic item, the Kraken Slayer, or his third item being the Infinity Edge.

Riot Games has just given Nami a buff together Lucian. Nami’s survivability will improve slightly now that her basic health has been raised and her mana cost when utilizing W abilities has been lowered.

When paired with Lucian, this is an incredibly potent pair of champions that shines early in the game.