Manamune on AP champions to be seriously broken in 10.24 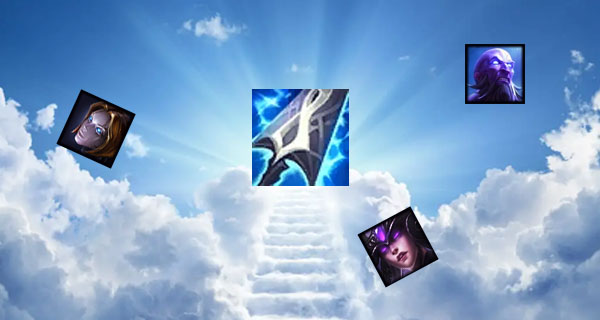 With the complete overhaul of the item system in Preseason 2021, we are no longer surprised by new, unique playstyles or item buildings anymore. From AD Katarina, Eclipse Jhin, to AP Twitch has proven themselves to be extremely effective during the following patches, Preseason 2021 has proven itself to be full of discoveries and new potentials. Lately, a new trend is ruling the Summoner Rift, this time, it’s AP champions building Manamune.

One thing that many players might have missed in this year’s Preseason is the low number of mana bonus items that are available for Mages. Currently, they are only to choose one among the three Mythic items that provide mana stats – one of the core stats for a certain champion like Ryze, Anivia, or Orianna. While Frozen Heart or Zeke’s Convergence is simply not made for them, Seraph’s Embrace without its mana regeneration stat has also become a lot weaker.

The limited choice in item building has put the AP champion in a very difficult situation. With low early-on impact, no lane pressure compare to other assassins while having a weaker late game than before, Mages have been losing their place in the mid lane since the start of Preseason. This is when a new idea finally shone: Building Manamune.

Manamune allows Mage to get stacks from auto-attacks, which help them spend their mana more efficiently, while more mana means they can cast their abilities more often for trades and to create lane pressure thus lead to a healthier and better laning phrase. Manamune also grants damage base on a percentage of maximum mana to attacks and abilities when it is fully stacked, the extra amount of damage works extremely well with spammers like Ryze or Orianna since their damage become more sustainable in combats.

What worth mentioning more is that this extra amount of damage from Muramana isn’t AP, but AD. Mixed damage is super effective in the mid-game, where players only have a very limited amount of items that can only help them to resist only AD or AP damage. This further helps Mages to have more impact and pressure in the mid-game, where Assasins usually shine, so they can stretch the match all the way to the late game, where their potential is at its finest.

Besides its amazing benefits, Manamune is a cheap item, which can be completed so much earlier compared to other first items, which give some early-on advantage as well. After finishing Manamune, the other item will just traditional AP build like normal with the completion of a Mythic AP item and situational builds.

In short, Manamune is currently the jack-of-all-trades for Mages as it can solve so many of their problems: Short on mana, too expensive first item, and low damage-dealing at early and mid-game. It helps Mages to deal damage more sustainably and scale much better as the game progress. This is why many players, even Challengers from Korean sever is currently abusing this playstyle in their matches.

Riot Games already have a plan to adjust this play style in Patch 10.25. More particularly, damage from Muramana passive now only applies to AD abilities, not on AP abilities, this way, Mages can no longer abusing this item in their build. Players still have several days before the official launch of Patch 10.25 to try this playstyle. What do you think about this, how about building Manamune in your next matches?