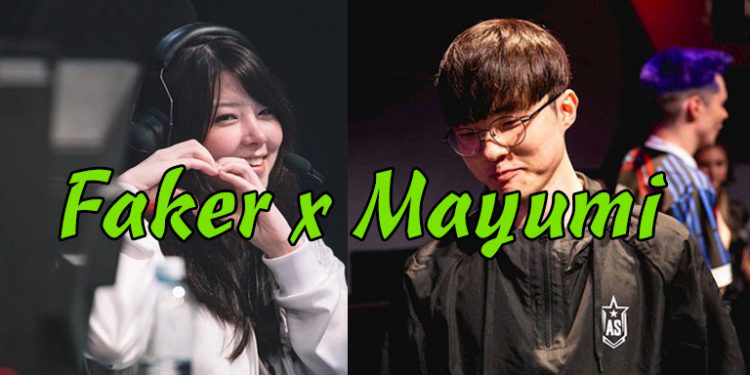 Faker rarely interacts with the celebrities of LoL, so donate the social network account named T1 Faker is really bringing prominence in the community…Faker girlfriend

Recently, former player of INTZ-Mayumi has marked the encroachment of the streamer when becoming the exclusive face of the Douyu platform-one of China’s leading platform.

With her beauty, Mayumi’s first stream has attracted a lot of attention from the gamer community, with hundreds of thousands of viewers.

And it is worth saying, this stream becomes hot topic when Faker’s account suddenly appears and donate to Mayumi.

Immediately a wave of controversy broke out, between the two comments, one thought that this is the account of Faker, the other side is definitely the clone.

About Mayumi, she only behaves very delicate in this unexpected situation by thanking the person who has donate, regardless of whether the person is Faker or not.

There are also a few ideas that Faker rarely use Social Network, and except for Twitter, all other media channels associated with this guy’s personal brand have an operational group behind, typically like Youtube.

So it is very possible that this is a dynamic of the Admin management Weibo of Faker. The truth has not yet been revealed, but the appearance of the Faker account makes the Mayumi stream more crowded