What makes Miss Fortune/Amumu the strongest duo in the bot lane? 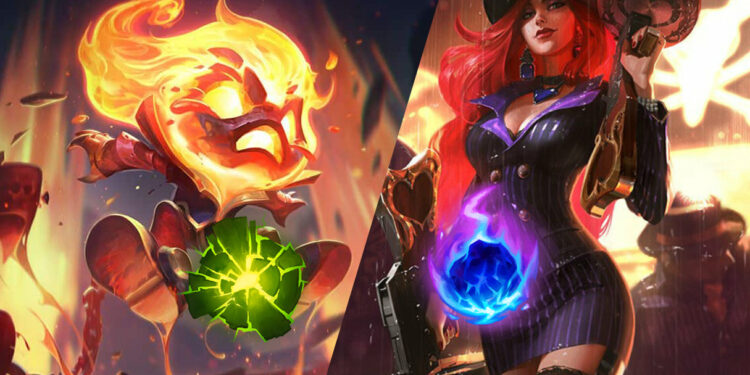 There are many bot lane duos that are almost meant for each other: Lulu/Kog’Maw, Thresh/Aphelios, Morgana/Caitlyn… Recently, a new duo that is dominating the meta, as well as destroying the solo queue is Miss Fortune/Amumu.

Miss Fortune and Amumu are two out of many League of Legends’ most underrated champions. When it comes to rank games, none of them have ever found a real interested from pro players.

Miss Fortune‘s too basic design has made it quite simple to avoid her abilities, even though her damage is outstanding. Amumu, on the other hand, is a jungler who has never found a position in the meta due to the fact that his kit is outclassed by many others.

Yet, recently Amumu got a rework on his Q that makes him become a better support than a jungler. These modifications have improved his ability to engage in teamfight better, as well as CC-chain the enemy better, giving the champion a place at the higher tier.

This especially give Miss Fortune huge advantages, as it allows her to overcome her weakness. Miss Fortune’s skills are now harder to avoid once Amumu engages and CC-chain the enemy, making the duo becomes extremely deadly.

Many pro players such as Keira has started to “abuse” this duo in solo queues and it is no doubt that the result is flawless. While it’s unknown if this duo will compete in the League of Legends World Championships since Amumu will be receiving a nerf in the upcoming patch, players might use it to rapidly climb the ladder in solo queues just like pro players for this state of time.