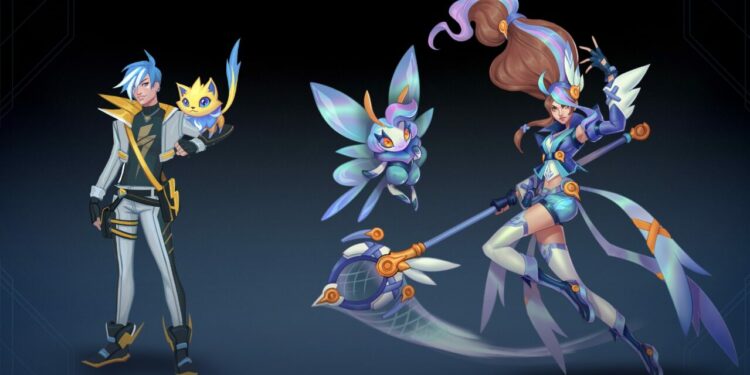 BigBadBear recently disclosed that the forthcoming Monster Tamer skins might be coming soon. The Star Guardian event will be fully implemented in League of Legends patches 12.13 and 12.14, although it appears that the skins with an anime theme aren’t quite ready yet.

While Sailor Moon and Cardcaptor Sakura served as inspiration for the Star Guardian skins, the Monster Tamer skins will bring us even more 90s anime-inspired skins. Who hasn’t always wished they could have their very own Digimon or Pokémon? You can now have a best friend on the rift, though!

The future Monster Tamer skins’ champions have not yet been made public. Janna and Ezreal’s concept art was originally displayed to the public in 2021, during the Season 11 live-stream, when the skin line was first introduced.

After more than a year, Ezreal received a legendary skin in January 2022, and Janna received a brand-new skin for Valentine’s Day in February. Since both champions have previously received skins this year, it is uncertain whether they will also receive additional skins.

Though, in 2021 Riot did create the Crime City Nightmare as well as the Debonair 2.0 skins, and included the champions from the concept arts into the skin line. Will Ezreal be the champion with the most skins once again once the Monster Tamer skins are released?

There won’t likely be any genuine in-game events because the Monster Tamer skins are expected to be released after the significant Star Guardian event. Riot may pick a modest event like the Eclipse event, which included only a few client-side quests. However, we don’t believe this will actually happen.

According to leakers, the Monster Tamer skins will be made available following the Star Guardian event. This suggests that either League of Legends Patch 12.15 or Patch 12.16 should see the release of the skins. They will be available prior to the 2022 League of Legends World Championship, which, like previous years, should occur on Patch 12.18 or 12.19.

In 2022, will you purchase Monster Tamer skins, or will you wait to spend your valuable RP on other skins? When will Riot eventually allow us to purchase a new Ultimate Skin on the rift? I certainly would want to see an ultimate Yuumi skin, maybe soon.

It has also been matched with three leaked skins a while ago, and many of them have been confirmed. They seem to be Ezreal, Kennen, and Urgot.

Additionally, Riot would also release some cosmetics with the Goth theme right before World 2022. After that, there might be traditional skins for World 2022 (eg. Championship skin and maybe a music theme cosmetic).

Among the community, players seem to be excited about the Monster Tamer skins, due to the fact that there is a huge amount of Champions would fit in these skins, maybe there would be Kled riding Torchic or Shyvana Charizard.