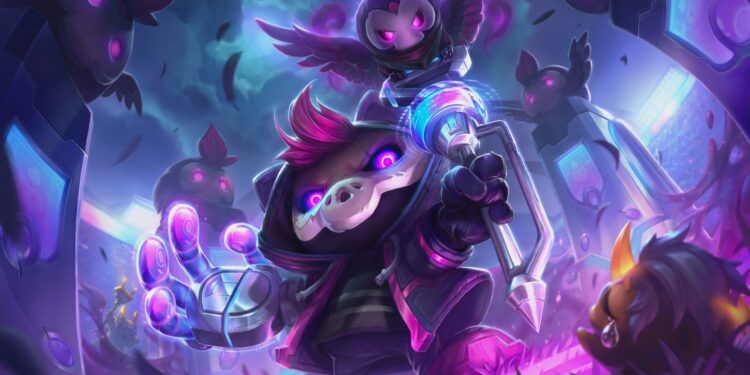 These changes are set to stay until the skin line hits on the live servers in patch 12.15

As you have already known, a few weeks ago, League of Legends revealed that a completely new set of skins had been uploaded to the game’s PBE. These skins will be released in patch 12.15 under the title Monster Tamer.

As a result, the skinline is not surprising, even if individuals unfamiliar with leaks may be unaware of it. In any event, although not outperforming some of League’s most prominent skin lines, this skinline looks great.

Now, only after 2 days until Patch 12.15, the Monster Tamer skins, featuring Lulu, Kog’Maw, and Veigar, will see some tweaks so as to better improve some of the animations in the game.

Since they were revealed in 2021, the team has been eager to release them. These skins are indeed adorable, but they are far from what people expect.

Several fans believe that the skins aren’t distinctive and innovative, which is frequently a selling feature for League of Legends players. Aside from that, the last Monster Tamer concept image, which was revealed a year ago, featured Ezreal and Janna.

Nonetheless, the skins look nice, though fans aren’t very enthused. As of right now, these skins are still on the PBE and ready for the final touch to be released in Patch 12.15 on August 11.