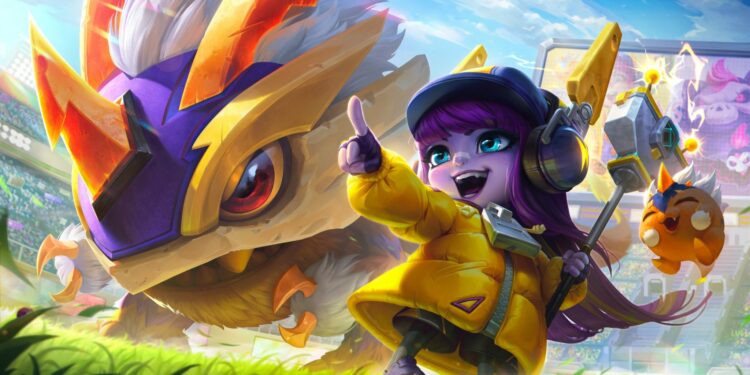 Riot Games has revealed the 2022 Monster Tamer skins for Veigar, Kog’Maw, and Lulu, which will be available in League of Legends patch 12.15

Riot Games has had a great run with League of Legends skins over the last few years. Riot also launched the new skin thematic fan poll, which allows fans to vote on whatever skin line they desire in League of Legends.

Crime City Nightmare won by a wide margin in every area based on last year’s vote results. In China, however, Debonair took the top place, closely followed by Monster Tamer.

As a result, Riot chose to introduce Debonair skins last year and revealed earlier this year that Monsters Tamer, the third-place skin line, will also make its way into League of Legends in 2022.

The new Monster Tamer skins include new styles for Veigar, Kog’Maw, and Lulu that are clearly inspired by the famous anime, Pokémon. Though Ezreal and Janna were included in last year’s conceptual arts, it is still unknown if they will appear this year.

Based on the skin line, it has a lot of potentials, because the developers may experiment with a variety of various monster kinds to apply to their own champion set. The skins should be available for testing on League’s PBE server shortly, so fans may provide feedback.

Monster Tamer Veigar, Lulu, and Kog’Maw skins will be available in League of Legends patch 12.15 on August 11th. All three skins will be Epic tier and cost 1350RP to purchase.