Mordekaiser Jungle is destroying every game in patch 11.10 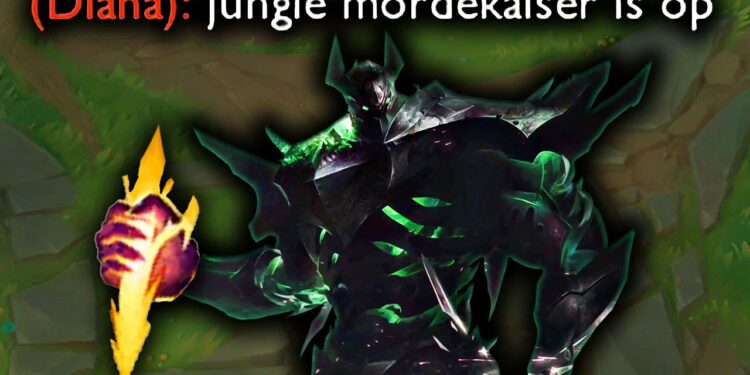 Recent changes have buffed Mordekaiser in the Jungle Role.

There is a rising trend named ‘leave the lane and move to the jungle’ in League of Legends. The best example is Morgana and Rumble have became powerful Junglers. Even more, in MSI 2021, Rumble and Morgana are having the highest ban/pick rate.

In the new patch 11.10, Mordekaiser will join this trend. Firstly, there is no doubt that Riot buffed Mordekaiser with his clearing camps from the start of Season 11. Particularly, after patch 11.8, his passive can stack on every neutral creep. This means with only one Q – Obliterate or E – Death’s Grasp, he can trigger his passive quickly.

Moreover, his Q – Obliterate deal more damage when hitting a single enemy. As the result, he can clear Red or Blue or even Dragon really fast.

However, he do not have any good healing ability as Morgana or shielding continually as Rumble. Clearing camps will take a lot of his health, which increases the chance he can be stolen camps and killed.

In addition, Riot will also buff Riftmaker in the next patch, which helps to increase the strength of Mordekaiser. Riftmaker will stack not only when you attack, but also when you are hit by the enemy. This creates a great advantage for Warrior like Mordekaiser.

To play effectively, we recommend you to start with Red, then the Krugs. The only thing you need to notice is that you should use your E – Death’s Grasp on the Krugs right after reach level 2, in order to keep the passive last longer. After that, continue clearing other camps and the last is Rift Scuttler.