Mordekaiser: Satisfying Pentakill with just one Q! Is he too OP? 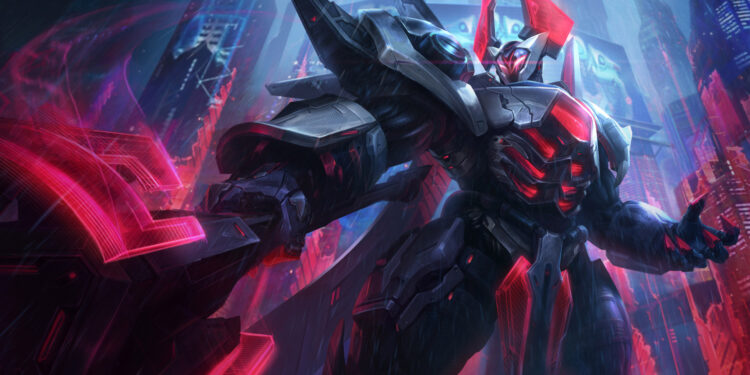 In a recent post on League of Legends Reddit, A Mordekaiser player achieves Pentakill easily with just a single (Q) Obliterate. He was greatly supported by an ally Diana, who managed to land a five-man Moonfall (R) to properly line up the opposition team. With Diana’s assistance, the player was able to press his Q once and be rewarded with the most satisfying pentakill ever.

The pentakill happened around 20 minutes into the game, when the Mordekaiser appeared to be incredibly fed. Despite being in a two-on-five position in the mid lane, this allowed the pair to play quite aggressively. After the other team began to fight, the five clumped together a little too much, which gave Diana the go signal.

Diana’s damage was better than enough to ut the enemies down to around half of their HP, which was low enough for Mordekaiser to finish them all out at once just by his Q. The game then ended 8 minutes after and the Mordekaiser finished the game with a perfect KDA of 35/0.

Is Mordekaiser too OP in the current meta?

Mordekaiser has been a decent solo queue choice so far in season 11. The champ is a fantastic champion in one-on-one situations. Lately, players are even willing to pick the champion in Mid lane and in the Jungle. The results are phenomenon as Mordekaiser proves himself to be a very strong carry no matter what lane he is up against.

Hence, his strength in solo queue is frequently difficult for players to cope with. This is ideal for a solo queue playstyle, but he is rarely chosen for professional play.

The champion has a 50,32% win rate in the Top lane in the Platinum tiers and higher. This victory rate is decent overall, especially given how frequently he is selected. It’s likely that Mordekaiser won’t ever have a hard time in any games and can be use as a solid pick for climbing, unless Riot again stick their hands on him.