Most broken mechanisms existed in League of Legends 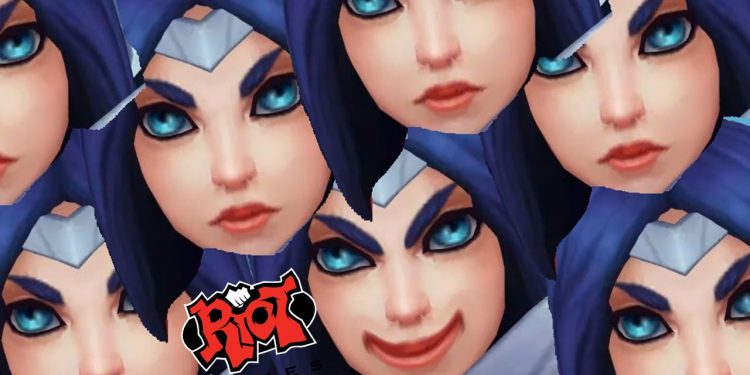 Jax is a Fighter who annoying to play against and has a late game power spike also good interaction with items. Jax’s signature skill must be his E – Counter Strike which gives him capacity to dodge all non-turret basic attacks in a short amount of time. But many players don’t know that this is the weakest version of Jax’s E compare to its own when Jax was released.

In its first version, Jax’s E -Counter Strike was actually a passive skill, it gave Jax 10-18% chance to dodge. When he successfully dodge a hit, he can activate the skill to stun enemies around him. At that time, the old rune system had Quintessence that gave dodge percentage and the old Ninja Tabi also provided dodge percentage. Thus, when when stack Jax’s E with runes and Ninja Tabi, he would have 34,5% to dodge non-turret basic attacks, in theory, he would decrease 1/3 of incoming damage from basic attacks just by reaching level 9 and having a item that cost more than 1000 gold.

The scary thing is that Riot for some unknown reasons, allows the stat to give Jax the capacity to dodge Nexus Obelisk (colloquially called the Fountain Laser). So basically fighting agianst Jax was always dangerous. Even when you are inside the Fountain, Jax just simply walk in, E to knock your head and Q to jump out, no damage was given to Jax. Thank god that Riot removed this dodge mechanism and reworked Jax later.

It’s not exaggerated to say that Twisted Fate when League of Legends was still in beta was a combination of many DotA Allstar heroes since Guinsoo had just transfer to work under Riot Games’s banner. Old Twisted Fate’s Q was named Seal Fate, made the target got hit to lose their HP gradually in 7 seconds or until they killed an enemy, this mechanism was pretty similar to Battle Hunger of Axe in DotA.

Next is his old E – Gate gave ability to teleport after a short channeling time, it was an alternate version of Teleportation which Nature Prophet has in DotA. Not like DotA, these strong early skills both are in Twisted Fate’s kit. Not to mention that Twisted Fate’s W – Pick a Card back then had the capacity to AOE stun.

So that Twisted Fate in the beta test was able to worldwide teleport and had a point-and-click stun that can’t be miss at level…2. This made Twisted Fate the strongest ganker due to his almost 100% chance to succeed. Cause of below reasons, Twisted Fate was soon later reworked to the version we have today. Imagine what would happened if Riot didn’t decide to do that.

Must say that Irelia’s rework is one of the most broken rework that Riot have ever done. Before the rework, Irelia was already strong but this one turns Irelia to be an unstoppable monster with tons of strong crowd control ability. First is her passive stacked up and increased against enemy’s shields, this helped Irelia to destroy enemy super quick even though they had built tank items.

But what made her so broken was the Disarm from her R – Vanguard’s Edge, plus the Slow it made Irelia win every solos with enemy. In combat, just hitting the R was already lower about 50% the incomming damage from enemy. And guess what, Irelia also had her W – Defiant Dance that minimize all incomming damage while casting, means incredible defend.

All things above made Irelia such a monster, broken from top lane to mid lane, against every type of champions. Due to this, Irelia was nerfed continuously, those Disarm and shield breaking mechanisms also removed til she reached the acceptable state like today.