Do You Know the Most Expensive Stuff That Faker Bought? 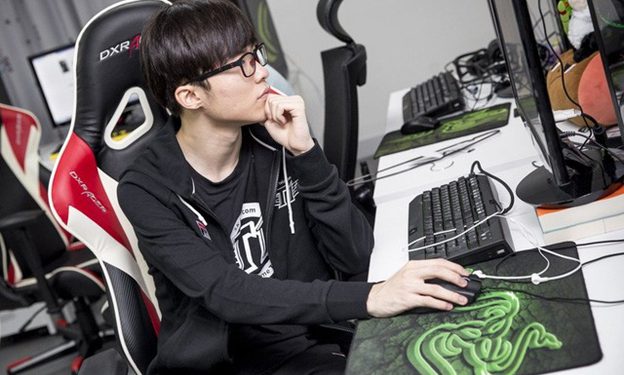 The story of the Faker’s ability to spend money has never been a boring topic with fans.

In addition to his achievements as well as top names, Faker is also known for being one of the highest income stars in professional LoL. But Faker was so very economical in his spending.

The hard childhood has trained Faker to value the precious currency, and he’s never spent too much buying items that he thinks are not necessary. We’ve known that but when the online interview between Faker and a Chinese newspaper is announced, the fans are still surprised at the value of the most expensive thing Faker ever buy.

Specifically, in this interview, the reporter mentioned Faker’s saving story and questioned the most expensive object he had ever bought, so the Faker’s answer once again made the fans surprised:

-Faker is famous for his saving, so can we ask that the most expensive thing you’ve bought is how much?

-Actually, I don’t buy a lot of things so there’s nothing to tell. I’ve just bought a keyboard for 80000 won. Because I like it, it’s the most expensive.

In this online interview, Faker also shared many things about his interests, such as his favourite champion, Leblanc, or the most favourite game is Jump King.

In addition, Faker also said that he read about the books that help cultivate the ability to communicate.

It seems that the habit of using money of Faker doesn’t change much. For gamers, a keyboard worth $68.76 is just a medium product but not a high-quality product, but this is the most expensive stuff of Faker.

However, it is also necessary to emphasize that this is only a product that Faker buys himself. In fact, everything from the keyboard, the mouse… are fully funded.

Eventually, the curved display under Samsung’s Odyssey brand, which Faker is sponsored, is probably also worth folding dozens of times the number of $68.76. It is not to mention the extremely expensive real estate block in the capital Seoul that Faker owns, which is authorised for his father so it is not listed on this list.

However, Faker’s saving nature is still the story made his fan community admire and also “laugh”. He’s a big boss but spends under 200.000 won per month.