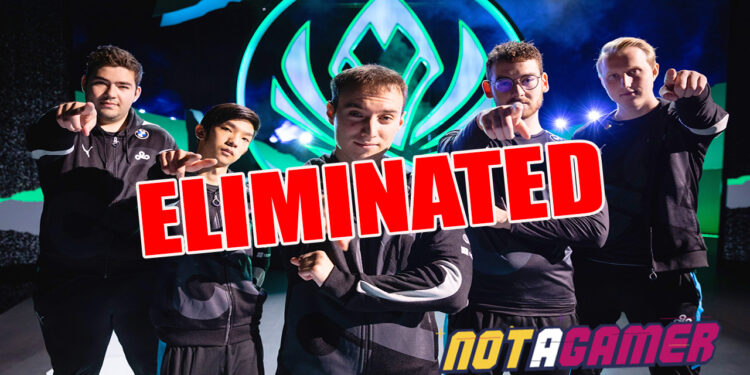 MSI 2021 Rumble Stage has officially had its result and the four teams getting into Semi-finals have eventually come to light: DWG KIA (DK), Royal Never Give Up (RNG), PSG Talon (PSG), and MAD Lions (MAD). Meanwhile, Cloud9 (C9) and Pentanet.GG (PGG) have unfortunately come to the end of their path in MSI this year.

The 5th day of Rumble Stage and the last day of this stage took place with 2 spotlights: the first one was the fascinating battle between DK and RNG; the other was the race for the semi-finals ticket of C9, MAD, and PSG.

On the previous day, C9 actually made a blast with their victory against RNG and their fans could finally hope that they would turn the table and get the last ticket for NA. However, that hope did not last long when they received an unbelievable defeat against PGG – the worst team among the five.

After that ashamed loss, there was no light at the end of the funnel, the last entry to the semi-finals of C9 had completely closed. They were continually beaten by PSG, while MAD got a victory against RNG. It means that the match between C9 and MAD was completely meaningless when the former had already been eliminated.

About the rest of the tournament, DK one more time received a loss against RNG in the home match. However, RNG’s performances seemed to be not that good when they were defeated by MAD then. This leads to the first place of DK with 8-2 although they did not win any matches (both away and home ones) against RNG.

About semi-finals, DK chose MAD as their opponents, while RNG will be meeting PSG Talon the day after. These two matches will occur on the 20th and 21st of this month.