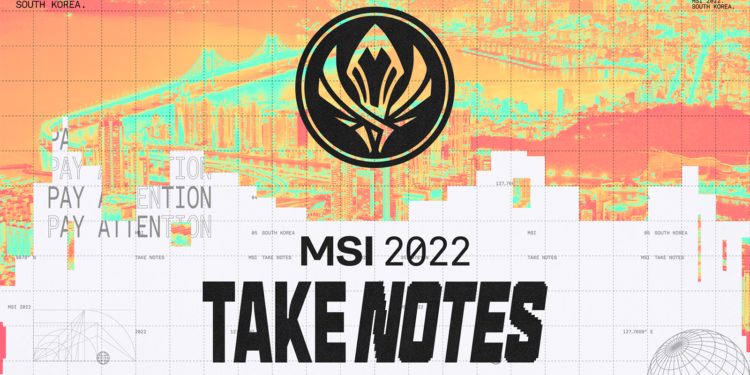 The groups for this year’s League of Legends Mid-Season Invitational (MSI) were unveiled following the LCS’ lower bracket finals between TL vs EG series, which Evil Geniuses won by a score of three games to zero

The MSI 2022 draw show has concluded, and we have not finalized the groupings for the group stage. There were four teams to choose from. The 11 teams were divided into two groups of four and one group of three. This is owing to the fact that the LCL was not going to be in the MSI due to some problems. As a result, Riot opted to revert to last year’s format. MSI will begin on May 10, giving teams over two weeks to prepare for the tournaments.

The NA representation is yet to be determined tomorrow. Aside from that, the majority of the teams have settled. Despite reports that Saigon Buffalo (SGB) will attend MSI, the VCS representative is not featured in the group draw. According to all VCS reports, GAM will be going to the SEA games instead of MSI because they were chosen as Vietnam’s representatives. As a result, SGB will take part in MSI instead.

The LCS will be the only league in the world to have not yet decided their official team. The winner of tomorrow’s match between Evil Geniuses and 100 Thieves will be sent to the tournament as NA’s representative.

Also, due to the lack of the League of Legends Continental League (LCL), Group C includes just 3 teams. Because of the ongoing crisis in Ukraine, that league’s Spring Split was canceled entirely. MSI will have an unbalanced number of teams competing in the group stage for the second season in a row.

The Mid-Season Invitational 2022 is set to begin on May 10 in Busan, South Korea, you can follow the match history on LoL Esports.