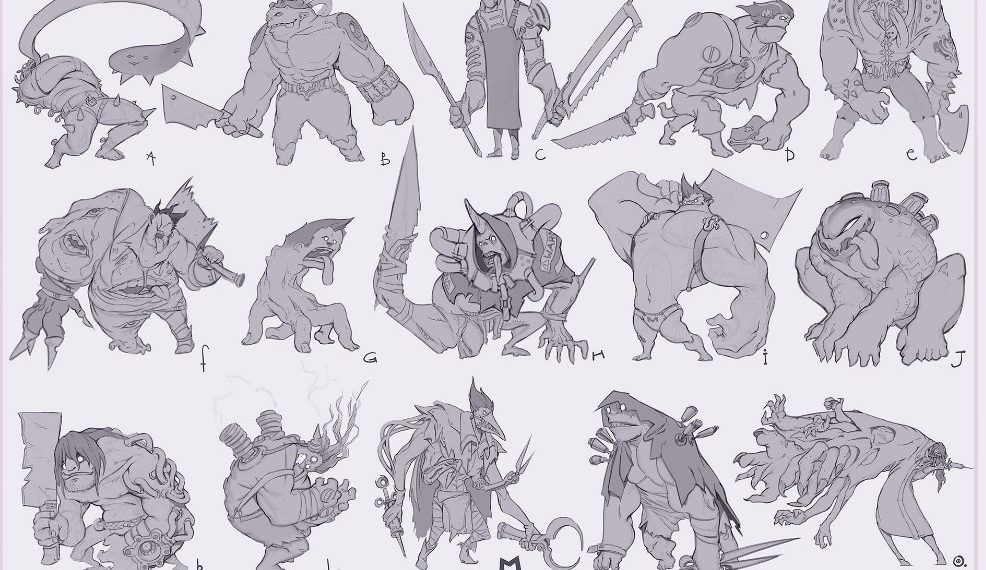 We don’t know whether Riot is telling the truth or just kidding after showing some Teasers about Mundo Rework.

As mentioned before, Mundo is the Champion that is going to be reworked by Riot, however, players must wait till 2021 to “hands on” him. After that, Riot leaked some details about like he will still be Tank Champion, Infected Cleaver will be conserved but some new skills are being tested.

However, new skills are not what players looking for, they’d love to see a new model for Madman of Zaun. Mundo has a very obsolete model, actions and movements are awful. Although that was wonderful in 2012 – 2013, the beginning of League of Legend, it is unattractive nowadays.

Because of that problem, Riot decided not to let players down by reworking Mundo. Twin Enso – developer who is responsible for reworking Mundo – has announced some sketches for new Mundo. Unexpectedly, beside of creepy, scary and monstrous models, there is a special one.

That’s right, Mundo Rework as … a hand?, This made the community crazy about it, some players are scared of it, some seem really interested.

Maybe Hand Mundo will be the funniest and freakiest thing of this Champion. Just imagine how this model walk or fight, it will be hilarious. His normal attack will be … lick?? I guess.

In conclusion, this is just another joke from Riot, but it showed us how creative Riot can be. (Hope this will not be the new Mundo, because if it is, I will delete League of Legend right away in order to have good sleep)