Nami is getting huge VFX updates in Patch 12.10 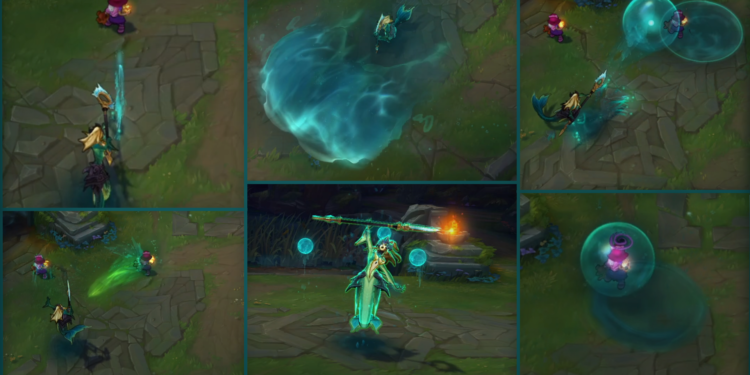 Riot Games is digging deeper and deeper with new VFX changes for several of League of Legends’ older champions, this time focusing on Twisted Fate and Nami

Riot Zhanos stated on the League PBE subreddit that Nami’s visual effects would be modified, with a live server release in Patch 12.10, along with Twisted Fate VFX updates. She will join TF as one of the champions receiving similar updates during this patch, in which Riot hopes to make the skins and abilities of older champions’ VFXs to current League standards and improve gameplay clarity

A video displaying the new look of Nami’s abilities and basic attacks was also provided to offer players a better perspective of the pre-release version. It also has some of Nami’s previous skins that will be updated with new effects. No new animations will be added to recent Nami skins though. With the updated ability animations in Nami’s base skin, other skins will receive minor changes.

While the VFX tends to modernize the champion, the visual of the water feels a little bland on the base skin. No shimmer or sparkle in her splash and the lack of reflection can be clearly noticed right of the cast.

Besides the base skin, which is receiving the full overhaul, Koi and River Spirit will be the only 2 skins that receive a comprehensive visual effect update. This will contain new animations as well as the recoloring of several of her skills to match each skin thematic.

These Nami VFX modifications are planned to be ready for testing on the PBE soon and published on the live servers with patch 12.10 on May 25. Players may also expect the VFX updates with Twisted Fate, too.