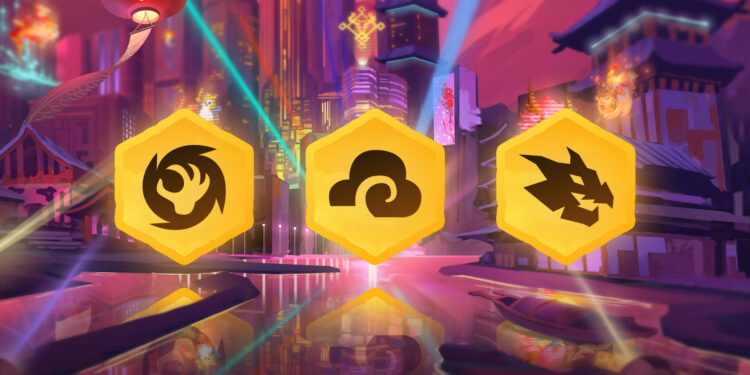 As we all know, TFT set 4.0 is closing, and soon set 4.5 will take its place with some new origins, classes, and champions. In this article, we will be going over these three 5-cost champions as well as showing some of their unique features.

A familiar face from TFT Set 2.0, coming from a 1-cost unit to a 5-cost in this 4.5 Set, Ornn has proved itself to be a balanced unit and perhaps with a very broken class.

Probably the most unique 5-cost champion in this set whose class is Blacksmith. The Blacksmith can give you free items (artifacts), these items come with amazing stats and ability. It will be very interesting to see what exactly these Artifacts do and how they will change the meta.

Ornn’s ability is Stampede. Stampede is quite similar to Azir Warlord Divide which they can both knock up and stunt vertical lines of opponents. Ornn Stampede also has an additional reduction of 50% attack speed to the opponents.

Ornn can potentially change the game in a huge way. Depending on how powerful his artifacts are, it may make him an instant buy on any team.

Another friendly face we haven’t seen in a while, Swain is back in TFT Set 4.5 and remains as broken as before.

Swain’s ability Draconic Ascension, along with his class and origin: Dragonsoul and Syphoner, makes him a devastating beast that can wipe out the entire enemy team and still be extremely bulky.

Swain has very good carry potential as he also has life steal as a part of his traits.

Last we have Samira, a new unit in TFT with a new origin and class: Daredevil and Slayer.

Daredevil enable Samira to use her ability by gaining Style. At max Style, Samira casts her ability.

The working on Daredevil in TFT is a bit difficult to fully understand without playing Samira in-game. What’s for sure is that she will be constantly dashing around the map. If fast enough, enemies might not even be able to hit her if they are melee. Samira definitely has the potential to be an extremely strong late game carry as well as Swain. Her Daredevil trait and ability synergize together to make a unique unit.

Xayah is another unit whose role can also be a carry if equipped the right items.

Her ability Featherstorm enables her to become un-targetable and invulnerable, making assassins hard to deal with. In addition, Keeper and Elderwood will make her even tankier.

Depending how long it takes to cast her ability, Xayah could be a backline carry that doesn’t need protection around her.

Tryndamere also has three traits, making him both powerful and flexible. His ability is quite powerful, but he can run into danger by spinning toward enemies. With Quicksilver, he can freely devastate the entire team without being crowd-control.

Tryndamere isn’t quite as strong as other 4-cost champions since his ability can put him in great danger. Try to balance offensive items and defensive items to ensure he doesn’t die instantly in fights.

Returned in TFT Set 4.5, Olaf becomes one of the strongest 4-cost unit in the entire game.

Olaf was always a fun unit to use as his ability allowed him to be immune to crowd control. His trait also gives him life steal, making him quite the carry to build around. Dragonsoul looks to be quite a strong synergy for Olaf. Equipping Rapid Firecannon can also be a strong and fun option for him too.

Another carry that can wipe out the entire board shows up in this 4-cost category.

Kayle has always a good carry throughout TFT Set, and in Set 4.5 is no exception.

Since she is very similar to her appearance in Set 3, players will likely use similar items as before. The buff of Executioner also makes her even stronger to carry compared to Set 3.

A familiar unit with the same kit and ability, Cho’gath is still a very strong unit that can fit into any comp.

Cho’Gath’s ability Rupture is very strong, and his Fabled ability seems to be very strong. Knocking up the entire enemy board seems to be pretty broken.

The main carry for Mage, Aurelion Soul proves himself to be very powerful with his Voice of Lightning skill. Like I said before, Dragonsoul is a pretty strong trait for carry.

Aurelion Sol will cast toward the furthest enemy, so it will be beneficial to be placed in the corners of the map. He can be susceptible to Aatrox this way but Quicksilver should do the trick.

Sharpshooter has always been a powerful offensive comp but very annoying to deal with. With Sivir the comp becomes more annoyed and more offensive.

Shyvana is back with her transformation ability and it’ll be interesting to see how players use her. There are a lot of carry options for Dragonsoul and Brawler comps, so investing in a 3-cost unit might not be the best choice.

Interestingly enough, Shyvana will fly away from her target when she transforms. This means you can probably place her in the front to cast quickly, allowing her to cast away from danger.

Neeko has some pretty good carrying potential like in comps such as Vanguard or Mystic.

It’s a little rough to fit in all the three Fabled since Brawler and Vanguard don’t go well together. Try to get a Fabled chosen to deal with this problem and Neeko can freely fit into more comps.

In this Set we have Darius back with him being a 3-cost unit though not being any stronger as in Set 3.0 whatsoever.

Darius will do better toward the front, but you don’t want him to be a primary tank. As such, you can place him on the sides of the front or in the middle so that he doesn’t draw the initial aggro from a fight.

Vladimir’s ability is very simple and isn’t very special, but Syphoners in general have interesting potential.

Vladimir likely won’t be a main carry in a team comp like back in TFT Set 2.0 so you can put in him the middle of the board to use at protection for your main carries.

Despite being a 2-cost unit, Rakan’s ability packs a lot of utility and crowd-control. Grand Entrance makes him a very powerful unit in distracting the opponents unit in the early and middle game.

Rakan dashes to the furthest enemy within his attack range. Because of this, try placing him on the side that the enemy carriers are on. This will increase the likelihood that his ability will cast toward the enemy carry and CC them for a few seconds.

Nautilus is coming back, and his ability is quite decent.

Against melee units, Nautilus ability Impact Crater is very effective but he can also be lackluster against ranged units. Try placing him in front of your row so his ability can work well. In addition, Fabled will give him a shield that reduced damage taken so Nautilus can have more time to cast and make his ability into a chained-CC.

Braum, one of the tankiest units in this upcoming Set, his ability is still the same in Set 1.0 but that doesn’t make him any weaker. In fact, with his trait Dragonsoul, Braum can have a lot more damage than his previous Set but still remain tanky as hell!!!

Putting him in the front is a simple solution, but you also want to make sure that he will block important abilities, and not just soak up damage in the front. A lot of the strongest teams have at least one ranged carry. With Braum’s shield up, ranged attacks and abilities deal very little damage.

His ability can be clutch against enemies with high attack speed as that is who he will target so Brand might be a good counter to Sharpshooter or Spirit in the early game.

Nasus Wither is quite strong in the early game and if he is itemized properly he can be a potential 1-cost unit carry. With his trait Syphoner and Divine, Nasus becomes extremely difficult to deal with as he constantly deals damage and heals over time.

If you want to play him as a carry you might consider Gunblade and Blue Buff so that he can constantly slowing down enemy’s attack speed.

Tristana definitely seems to be a potential 1-cost carry. She attacks very fast with her ability, which also will activate the Dragonsoul trait.

Tristana can be a little weak if she is up against a CC unit as her ability required her to attack constantly. So Rageblade is probably the must-have item for her and Quicksilver if you are facing any CC unit.