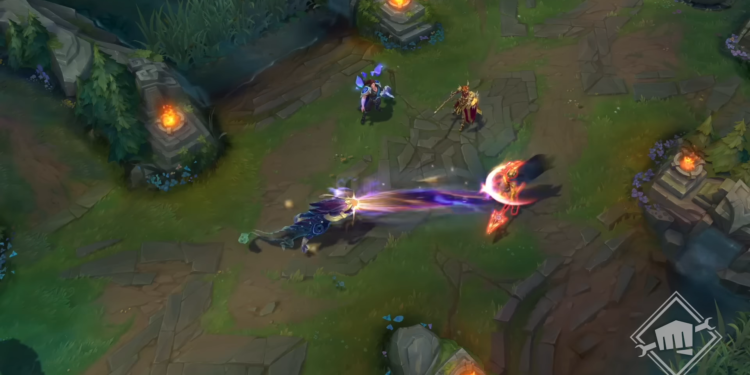 Riot Games has addressed the demands of dragon fans everywhere by releasing a thorough gameplay update for League’s beloved Star Forger, Aurelion Sol—and the cosmic ruler is looking better than ever.

A comprehensive gameplay update (CGU) is a new sort of update that Riot is experimenting with Aurelion Sol, in which the devs completely redesign a champion’s skill set while keeping the present aesthetics and narrative.

According to the devs, the updates will mainly focus on improving his gameplay as a means to highlight the champion’s ‘dragon fantasy.’ The Star Forger now has a new set of abilities in the game while still being his classic, starry personality.

The video contained a minor tweak to Aurelion Sol, aimed to make him seem more ‘dragon-like’ and to remove some of his kit’s more clunky elements.

Aurelion Sol now gets a new Q ability that allows him to shoot starfire from his mouth for as long as he has the mana. In the video, he appears to be able to redirect the direction of the beam, similar to Vel’Koz while using his ultimate.

His new W ability allows him to fly again, but this time he may just cast the ability to go anywhere he wishes. In the video, there is a thin purple line that appears to indicate the champion’s flight path, implying that he may pick where he wants to travel.

Furthermore, players may use Q and W to blast opponents in his immediate area while flying around. The ability looked to lock onto the enemy, although it may just be an ability that requires manual aiming.

More details on the changes will be revealed by the end of the year.