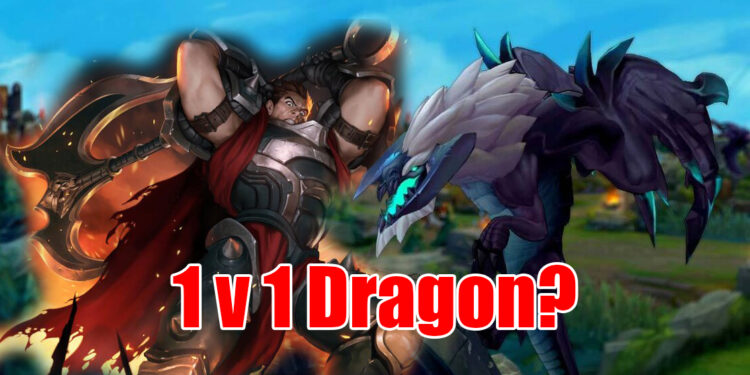 Recently on the PBE server, things got a little too deep in this change for Darius. In the upcoming 11.8, Riot is having an update for Darius. To be more specific, Darius received a buff to his passive that deals 500-percent damage to neutral creatures on the PBE instead of 175%.

Players assume that Riot is too overheated on buffing Darius and making Darius jungle a viable choice. This can additionally turn around the whole game because of its “balance”.

When every other champion needs more advantages from their levels, their teammates, items,… Darius himself needs none of that at all. With the new buff For Hemorrhage, 5 stacks of it make Darius solo-kill Dragon at only level 1.

This massive change will surely bring your team a big advantage in both the early game and the late game. In fact, this buff can essentially make Darius become that fastest champion to clear every camp so snow-balling in the early game will happen for sure for Darius jungle.

Yet this passive buff still not make any difference for Darius that he still has no mobility in his kit and can easily be kited by ranged champions, this of course makes the ganking even more difficult and will contribute less for the team.

Not only Darius, but Riot is also having some changes toward Diana and Mordekaiser so as for them too to fit in the role of a Jungler. The changes on the PBE are not yet final. Riot can still tinker with the numbers or remove the changes entirely before Patch 11.8 goes live on April 14.